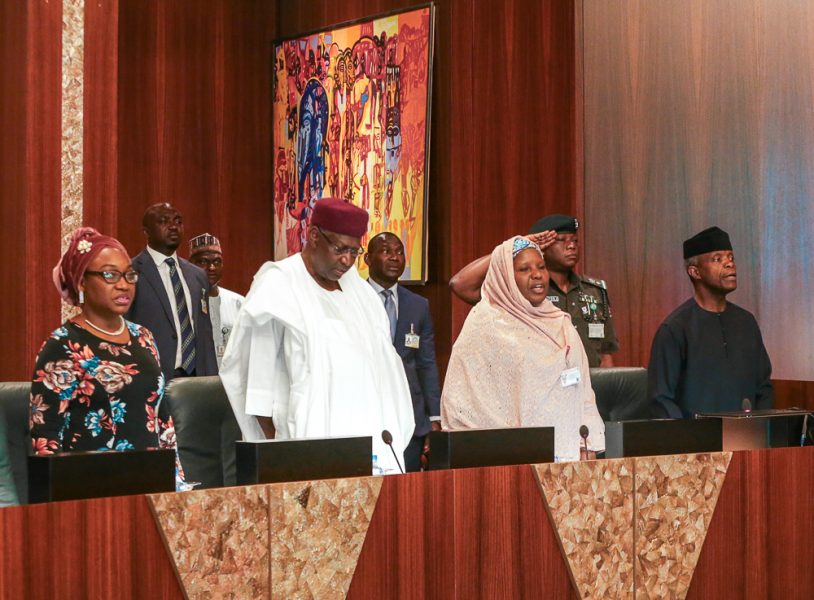 It also approved the sum of N500 million for the maintenance of the 10-storey building of the Economic and Financial Crimes Commission (EFCC), also N459 million for the commission to procure 700 computers, 100 lap tops and 25 laser printers and a third approval for the purchase of 15 utility vehicles.

The Minister of State for Petroleum Resources, Ibe Kachikwu, who briefed State House Correspondents at the end of the meeting alongside his colleague in the Water Resources Ministry, Suleiman Adamu, as well as the Senior Special Assistant on Media and Publicity, said if the Escravos power projected is implemented, it will stop the N18 million spent  monthly by the Nigerian National Petroleum Corporation (NNPC) to provide power to the area.

Explaining further, Kachukwu said, “What we took to the Council today was to seek approval for the award of contract for supply of power to the contiguous communities around the Escravos areas. We had approvals earlier to do the Escravos to Lagos Pipeline system. It was then stalled following protest by the community over the plan to move 50 per cent of the gas to provide power to other areas when the communities did not have power.

“Today, Council approved $64 million to fund two lots. One to build the power plant to supply power itself and the other distribute the power to all the affected communities.

“Council granted approval in two lots. With this, we believe power will now be provided for the communities within four or five years and become a permanent structure. The only way we had been able to maintain peace in the communities was to use generators to supply power which had been costing NNPC about N18 million every month to manage.”

“Secondly, l was able to brief Council on the latest flood data. The water level in Lokoja had dropped by six centimeters and the water level in Lagdo dam in Cameroon is also going down. So, we think that the worst is over, unless if any unforeseen incidence occurs now. We should be able to see most of the flood waters go down from now on.”

FEC approves $64m contract for Escravos power supply
Share
Subscribe to our newsletter
Sign up here to get the latest news, updates and special offers delivered directly to your inbox.
You can unsubscribe at any time