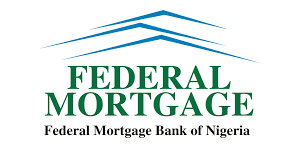 If you’re a Nigerian still agonizing about owning your own house because you can’t save enough cash to buy a house and no financial institution is willing to give you a mortgage because you still cannot afford the percentage payment, I have good news for you.

The Federal Government is set to inject N500 billion into the Federal Mortgage Bank of Nigeria (FMBN) over the next five years in a bid to improve access to mortgage loans and home ownership for Nigerians, thanks to the leadership aggression and innovation of the Ahmed Musa Dangiwa led management of the bank.

The Dangiwa led management had actively and aggressively promoted stakeholder dialogue on how the FMBN can better serve Nigerians and help to deliver affordable housing to majority of Nigerians. These efforts led to the bill to review the act setting up the FMBN which has been passed by the National Assembly.

FMBN seeks to boost its capital base from N5 billion to N500billion at a rate of N100billion every year for five years. It therefore expects proposals on its business recapitalization to be approved by all arms of government by the end of 2018. Already, the proposed new capital base of the Bank as contained in the its amendment bill has been passed by the House of Representatives and passed to the Senate for concurrence.

The recapitalization of the bank would give it leverage to go from the 2,500 new mortgages it planned to sign this year to 100,000 over the next two years. This would also encourage other investors to inject additional funding into the mortgage/housing sector.
There are currently only 50.000 registered mortgages in Nigeria out of which FMBN holds 18,200. The additional funding expected to take off by end of this year would certainly increase the number of mortgages. This August, the bank would flag off a 1,500-housing project it is funding under a new “rent-to-own” programme that would help create more mortgages and access to housing.

Innovation certainly has its reward. Dangiwa has excited the mortgage industry and he and his team are getting the recognition they deserve. Dangiwa was recently named 2018 Mortgage Finance Person of the Year in the male category.

The award was presented to the FMBN CEO by the organizers of the Nigeria Housing Awards (NHA) at the closing ceremony to mark the end of the 12th Abuja International Housing Show, held at the International Conference Centre (ICC) Abuja.

The organizers stated that the award was in recognition of the ongoing aggressive and innovative efforts of the Dangiwa led executive management of the FMBN to reform and reposition Nigeria’s foremost mortgage finance institution, so it can more effectively deliver on its mandate to catalyse the provision of affordable social housing to Nigerian workers.

The organisers cited the ongoing N500 billion recapitalization drive of the bank to boost its capacity to create affordable mortgages which has received federal government and stakeholder wide support.

Other ground-breaking milestones recorded by the FMBN Management cited include zero equity contribution for mortgage loans that are N5million and below, reduction of equity for loans of up to N15million from 30 to 10 percent as well as increased tempo in the provision of housing loans to Nigerian workers under the National Housing Fund (NHF).

Responding to the honour, Dangiwa, an architect thanked the organizers of the awards for the industry recognition, but dedicated the award to his team at FMBN for their support, contribution and hard work that is driving the reforms in FMBN.

He also expressed appreciation to the Honourable Minister of Power, Works and Housing, Babatunde Raji Fashola (SAN) and the FMBN Board Chairman, Dr. Adewale Ade0yo for their continual support. The NHA is organized by Fesadeb Communications Limited, promoters of Nigeria’s biggest annual International housing industry event, the Abuja Housing Show.

On the official website of FMBN, Dangiwa, an architect, is described as “ a consummate, fascinating, inspirational, innovative and resilient administrator with over 30 years of Real Estate, Infrastructure Development, Mortgage Banking and Management experience spanning private and public practices as well as in the academia.”

These qualities were evidently on display in the negotiations leading to the on-going reforms of the bank and the sector. The unanimity among stakeholders on the way forward for the mortgage industry witnessed during the legislative hearings on the bank’s reform bills attests to the leadership skills and team spirit of the man.

Prior to his appointment as the Managing Director/Chief Executive officer of the FMBN, Dangiwa held sway as the Managing Partner of AM Design Consults since 1996, an architectural and real estate development consultancy firm, and Jarlo International Nig. Ltd, a Construction Company, where he supervised the delivery of several outstanding projects in diverse areas and sectors across the country, mainly in real estate development.

Arc. Dangiwa excelled as a mortgage finance practitioner, rising through the ranks in Sahel Mortgage Finance Limited from a Property Manager to Head of Credit Control to becoming the Manager, Mortgage Banking Division. In this capacity, he was involved in the design and delivery of wide variety of mortgage products and real estate projects, especially social mass housing.

FMBN has since embarked on an automation project to achieve full automation of the National Housing Fund (NHF) contributions collection process. This is to ensure more transparency and accountability of the system. Each contributor will receive SMS and email alerts of monthly deductions and access historical contributions records online and in real time.

The NHF had funded the origination of more than 18,200 mortgage loans, the delivery of 25,850 housing units across the country, and 11,927 FMBN Home Renovation Loans to federal and State civil servants as well as to employees in the private sector.

According to the FMBN, over the years, the NHF scheme has contended with periods of rejection by workers, but as of today, it has recorded a customer base of 4.6 million individual contributors and 22,290 organizations.
Currently, workers in 28 states complied with the NHF Act by making monthly contributions, while among the non-salaried, informal sector, a total of 21,320 workers had been registered through 1,078 cooperative societies as contributors to the fund.

As things stand today, the mortgage sector has never been more promising.