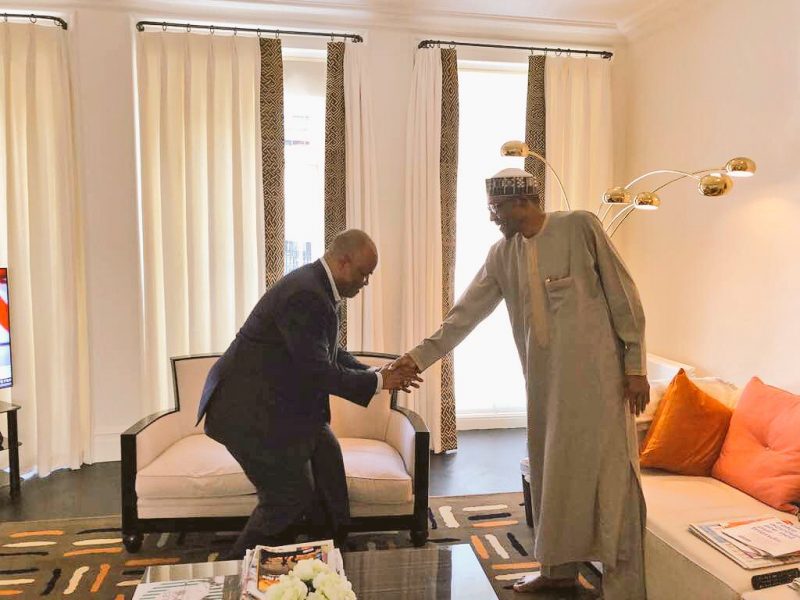 Inpreparation for his move to the ruling APC party, former Governor of Akwa Ibom state, Godswill Akpabio, has been pictured in London with President Muhammadu Buhari. 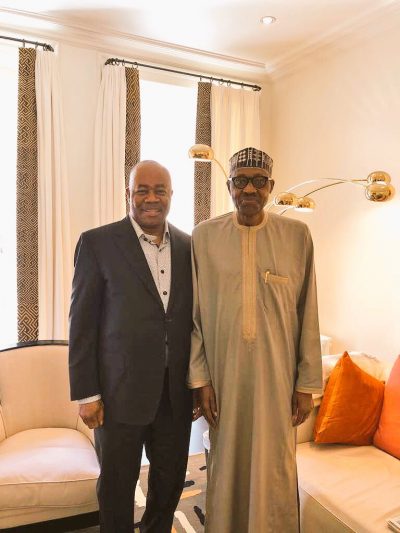 Per Second News in a report last week revealed the former governor is set to dump his umbrella for the broom.

Akpabio will next week move to the APC after soft landing arrangements with the ruling party is completed.

The EFCC is investigating allegations that the former governor embezzled N108bn during his tenure between 2007 and 2015.

Akpabio has also been accused of a gift of N1.4bn to a bank for unknown reasons by the EFCC.

The Day in Pictures: Akpabio meets Buhari in London