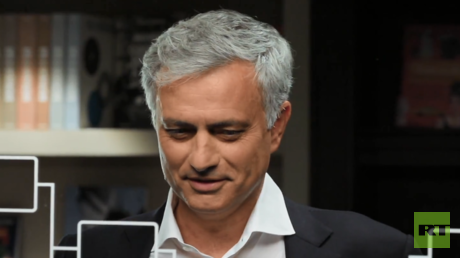 Manchester United coach, Jose Mourinho has picked the Super Eagles and Argentina to advance from a suffocatingly close Group D, dubbed by many as the tournament’s dreaded ‘group of death’.

“And in the Group D, I think the little fellow will finish first,” Mourinho says on Messi, before picking his second-place finishers as Nigeria. “Wow, this one is going to be hard, but I go for an African team, he said  as a guest of RT.

Mourinho believes Russia is the stage for Messi to exorcise his major tournament demons, picking him to lead the South American nation out of the group, along with Super Eagles of Nigeria, leaving Iceland frozen out with Croatia.

Messi was a losing finalist in 2014 and, despite the voluminous list of personal records and accolades and a trove of trophies at club level with Barcelona, many believe he will never quite justify being mentioned in the same bracket as the country’s most celebrated icon – Diego Maradona, until he breaks his World Cup duck.

Messi has never won a major international trophy, having also twice been a Copa America final loser to Chile, making it a hat-trick of final defeats for a player widely considered the greatest of his era. The second loss to Chile precipitated a shock retirement decision from Messi, before being coaxed back into the international frame.