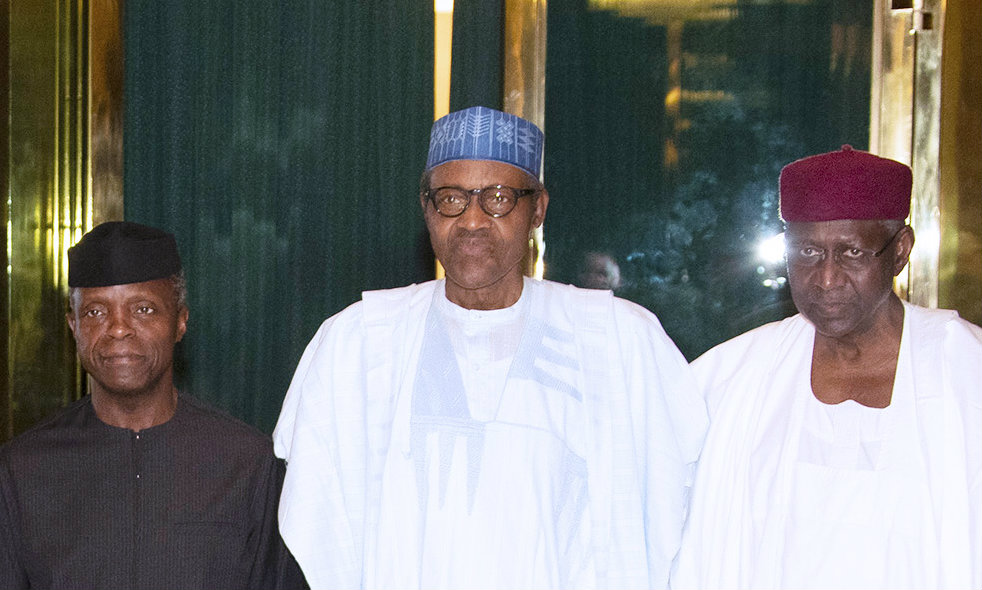 President Muhammadu Buhari’s second tenure began with a low-key inauguration at the Eagle Square in Abuja, a scenario that decidedly flowed from the President’s persona of prudence. His kitchen cabinet’s counsel must have also been contributory. The observance of June 12’s maiden Democracy Day edition drew from the same spirit.

Unlike in 2015 when he ascended the throne with pomp and ceremony, Buhari, this time round, quietly jumped on the governance wagon; adjusted and readjusted himself in the driver’s seat, for another four-year ride, in a perceived attitude of somberness. The canonization of June 12 as Democracy Day is the most significant indication of seriousness yet that the second tenure holds better and greater promises.

The shape, texture and content of the administration in the next four years will depend solely on the President, his devotion and gravitas.  Buhari assured that he would be firmer, hinting at a tougher four years ahead. If he has to be radical in his policies and decisions to be able to consolidate on the achievements of the first tenure and sustain the nation on the promised next level, he would be in apple-pie order.

The administration is Buhari’s.  The bucks stop with him.  Therefore he receives the accolades and also takes the flak. This is why he must remain prudent and unsentimental in constituting his cabinet and appointing other administration officials, knowing fully this is his constitutionally-circumscribed final tenure.

Indeed, many positives should be reasonably expected from an administration that is on the next level. Buhari requires his administration officials’ support to forcefully pursue his programmes and policies, especially the anti-corruption crusade that has largely differentiated it from the previous administrations.

In the past four years, the change mantra powering his electioneering in 2015, had been deployed in the administration of the political economy.  In review, the first tenure was an admixture of successes and failures. There were yawning gaps between expectations and fulfillment, particularly in the prosecution of the anti-graft agenda.

The critical agenda, which was the Unique Selling Point (USP) of the administration, got bogged down by internal philosophical contradictions and thus stood the anti-graft war precariously on quicksand. Within those contradictions, a good number of administration officials were fingered in precedent grafts while some were allegedly enmeshed in subsequent grafts.

But to be sure, Buhari’s individuality provided the impetus that galvanised and sustained the anti-corruption crusade in the past four years amid charges of perceived selectivity. The body language of the President and his utterances in recent times indicate there will be a change of strategy in the anti-graft war. The war will be intensified in terms of commitment and prosecutorial push.

A holistic approach in prosecuting the anti-corruption war is overdue. If Buhari must create the existential legend, he must be revolutionary or radical in the anti-graft crusade. Corrupt administration officials must be dealt with. The President must cause toes – big or small – to be stepped on in the crusade.

The good thing is that no one is greater or bigger than the nation and the President. That makes Buhari the ultimate suzerain in the fight against corruption.  He has all it takes, deploying the instrumentality of the anti-graft agencies and the complementarity of the Judiciary to rein in elements in the public and private sectors to embrace proper conduct, accountability and due process in socio-political and economic interactions.

Indeed, if Buhari succeeds in building strong institutional mechanisms to check corruption in government, he would have built a very strong legacy for posterity to judge him by. The point is that the effects produced by the President’s persona in the past four years have been inadequate. Much more is needed to create a new wave of concrete and result-oriented anti-graft war that enjoys both national and international approbation.

The converse will hold as long as grand conspiratorial alliances by compromised political elite who purportedly fought back in a bid to undermine the agenda and render the commitment invested in the agenda nugatory is allowed to dominate the atmospherics and define the nuances of administrative architecture henceforth.

But for Buhari, Nigeria would have been subjected to an unrestrained global appreciation on the antediluvian platform of official heist that had characterized the previous administrations before his. He thus presents a clear anti-corruption base on which to be appraised and judged in 2023, whether positively or negatively, depending on how well he is able to walk his talk in institutionalizing the anti-graft war.

But I have a hunch the President will largely succeed.  The problem, however, is if the succeeding administration will be able to continue from where he stops.  He has the duty to search for a strong successor on the APC platform to continue the crusade.  However, whether or not there is continuity, Buhari would have become a legend of sorts. He would have defined his eon with the enormity of his personal contempt for financial corruption.

It will be more significant if administration officials emulate his character of financial discipline.  That will quicken the process of integration of financial discipline and anti-graft spirit in government. Officials become obligated to inculcate it in the governed as a matter of deliberate policy. The anti-graft spirit thus typifies the philosophical underpinning of the administration.

I believe Buhari now has adequate security reports and information about the characters and capacities of human resources in his party and those around him. He will therefore be properly guided in constituting a strong team or cabinet. The final decisions on those that make up the team rest with him regardless of the weight of the bodies of evidence that favour or disfavour possible choices.

However, personal considerations may outweigh official reports that discount chances of possible choices. Solid loyalty and unwavering commitment are important. For his personal aides, beginning from the Chief of Staff to the aide at the lowest rung of the ladder, the President should rest assured that he cannot be betrayed and that his well-being and success are topmost priorities in the overall agenda or scheme of governance.

The measure of Mr. Abba Kyari’s stewardship as Chief of Staff in the past four years would be dependent on his reappointment. A decision to reappoint him will largely indicate the President was satisfied with his performance while dropping him may approximate a loss of confidence in his ability.

Kyari, said to have been highly recommended to Buhari for the job in 2015 by his (the President’s) uncle, Alhaji Mamman Daura, according to reports, performed his job with distinction and commitment, demonstrating the ability and conscientiousness to shed pressures from the President. He was in the first tenure, the cannon fodder as well as a stabilizing and uniting force in Aso Rock.

All conflicting security and political interests as well as contending forces dissolved in the vortex of Kyari’s administrative legerdemain. He has also, like Buhari, created a legend that resonates in the polity. Yet, given the strategic nature of his office, he maintained his inscrutability and taciturnity, despite the salacious claims and allegations woven around him.

Though a media influencer, he refrained from joining issues with perceived foes in the media. He was able to insulate the President and himself against avoidable and sustained media attacks by his taciturn and apolitical disposition. Without a doubt, Kyari was providentially Buhari’s Man Friday. He enjoyed the President’s confidence and that of the equally inscrutable force(s) that nominated him for the job. But the next few days will determine whether he still enjoys that confidence. 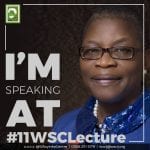 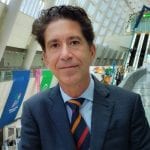