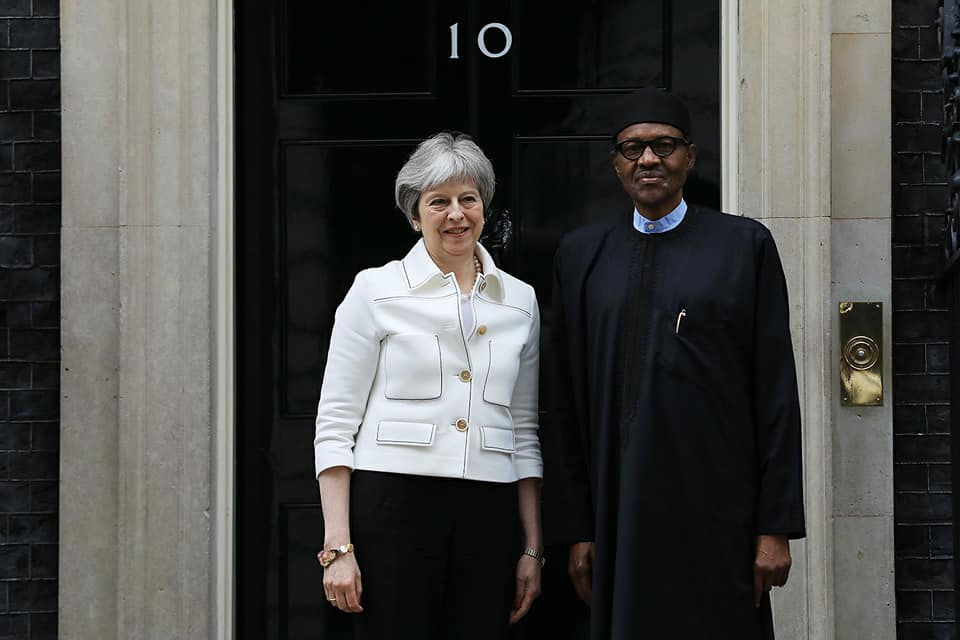 May will visit Kenya, South Africa and Nigeria coming at a time of enormous change across Africa with a unique opportunity, as the UK moves towards Brexit, for a truly Global Britain to invest in and work alongside African nations, with mutual benefits.

She’ll be the first British Prime Minister to visit Sub-Saharan Africa since 2013, and the first to go to Kenya for over 30 years.

In Nigeria the Prime Minister will meet President Muhammadu Buhari in Abuja and spend time in Lagos meeting victims of modern slavery – a cause Theresa May has worked passionately to tackle, according to a press release by the UK government on Sunday.

The Prime Minister’s central message will be focused on a renewed partnership between the UK and Africa, which will seek to maximise shared opportunities and tackle common challenges in a continent that is growing at a rapid pace – from the Sahara to South Africa.

She will use a speech on the opening day of the visit in Cape Town to set out how we can build this partnership side by side with Africa, particularly by bringing the transformative power of private sector trade and investment from the UK to a continent that is home to 16% of the world’s people but just 3% of FDI and 3% of global goods trade.

As Africa seeks to meet the needs of its growing population the visit will also emphasise that it is in the world’s interest to help secure African stability, jobs and growth because conflict, poor work prospects and economic instability will continue to encourage migration and dangerous journeys to Europe.

Because nations cannot prosper without security, the Prime Minister will also use the visit to announce further support to tackle instability across the region.

Africa stands right on the cusp of playing a transformative role in the global economy, and as longstanding partners this trip is a unique opportunity at a unique time for the UK to set out our ambition to work even closer together.

A more prosperous, growing and trading Africa is in all of our interests and its incredible potential will only be realised through a concerted partnership between governments, global institutions and business.

As we prepare to leave the European Union, now is the time for the UK to deepen and strengthen its global partnerships. This week I am looking forward to discussing how we can do that alongside Africa to help deliver important investment and jobs as well as continue to work together to maintain stability and security.

I am proud to be leading this ambitious trip to Africa and to become the first UK Prime Minister in over 30 years to visit Kenya.

The Prime Minister will be joined by a business delegation made up of 29 representatives from UK business – half of which are SMEs – from across all regions of the UK and its devolved administrations. The delegation shows the breadth and depth of British expertise in technology, infrastructure, and financial and professional services.

Also travelling are Trade Minister George Hollingbery and Minister for Africa Harriett Baldwin. Secretary of State for Wales Alun Cairns will join the visit in South Africa to support the Welsh companies in the business delegation, while the Lord Mayor of London Charles Bowman is also accompanying the Prime Minister.

The Prime Minister will begin her trip in Cape Town in South Africa where she’ll see President Cyril Ramaphosa and meet young people and business leaders.

While in South Africa the Prime Minister will present the Mendi bell to President Ramaphosa in a ceremony at Cape Town’s presidential office the Tuynhuys – over a century after it was lost in a shipwreck.

Over 600 troops, the majority black South Africans, died when the Mendi tragically sank in the English Channel in 1917, on their way to join the Allied forces on the Western Front. It was the worst maritime disaster in South Africa’s history, and the Mendi has become a symbol of the country’s First World War remembrance.

In Nairobi she will meet President Uhuru Kenyatta and see British soldiers training troops from Kenya and other African countries in the techniques needed to identify and destroy improvised explosive devices before they go to fight Al-Shabaab in Somalia.

She will also commit to helping support the next generation of energetic, ambitious young Kenyans as they seek to build a more prosperous country in the years ahead.

British Prime Minister Theresa May to Visit NigeriaSouth Africa and Kenya
Share
Subscribe to our newsletter
Sign up here to get the latest news, updates and special offers delivered directly to your inbox.
You can unsubscribe at any time

Trump reviews meeting with Buhari, says ” I don’t want to meet a lifeless person like him again