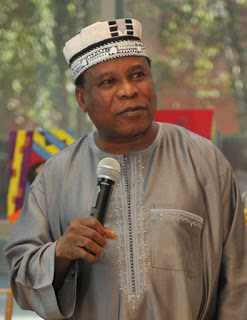 It was on August 27, 2015 that the curtains suddenly fell on a luminous epoch in the humanity and quintessential diplomacy of Professor Adebowale Ibidapo Adefuye, a prolific writer and erudite scholar, while in the line of duty as Nigeria’s Ambassador to the United States at his strategic outpost in Washington DC. He was two years close to the biblical three scores and ten years.

The ultimate transition of the man and the magnitude of his humanity that found cohabitation with his workaholic spirit defined his public and official engagements as well as the totality of his life and times. As a journalist resident in the United States, I had the opportunity of interacting with him and even having a rare privilege of both fatherly and avuncular relationship.

From the precinct of that close bond, it was much easier for me to quietly interrogate and appraise the persona of Professor Adefuye, the eon that produced him and the style of diplomacy that he consciously and strategically deployed and brought to bear on the mutual relationship between Nigeria and the United States of America.

It has been three years now since he died, yet he continues to be remembered because he lives in the minds of those he left behind; and, to be so disposed, according to Thomas Campbell (July 27, 1777-June 15, 1844), a Scottish poet, who served as Lord Rector of Glasgow University (1826-1829), is not to die. Adefuye’s elements of goodness recommended him very highly while on this side and have continued to commend him even in his grave.

The very Spartan scholar was not as simple in his erudition and attitude to work.  He was a workaholic with his nose permanently put to the grindstone. However, despite being a workaholic, his open-door policy was exemplary. For some of us who monitored closely the administration of the Nigerian embassy in the United States, we attested to the priority that he gave to the welfare of embassy officials and workers, ensuring that salaries of locally-recruited workers as well as Foreign Service allowance of home-based officers were all promptly paid.

In celebration of a dedicated life of public service, Adefuye left his marks in the sands of time, with his revolutionary actions that conduced to good administration.  For instance, a year after his arrival in Washington DC, he had noticed that revenues from some sections in the embassy could not be accounted for by some heads.  In a fit of fury, he had ordered a painstaking investigation, which outcome disclosed that officers deployed to some strategic sections were not keeping records of revenues.

The revenues, to be sure, were generated via processing of burial transit permits, emergency travel certificates, legalisation of documents, issuance of driver’s licence letters, issuance of life attestation/pension letters and issuance of no-objection as well as processing of Nigerian visas. Upon discovery of the financial sleaze, Professor Adefuye had quickly moved to overhaul several departments.  And, until he passed on, he ensured that records of remittances were kept and made available to the auditors at each official visit to the embassy.

It must, however, be put on record that his tenure was not all a bed of roses as there were actually challenging times and situations, especially aggravated by non-availability of funds. There was a time official cell phone lines of officers were disconnected and auto insurance for diplomatic vehicles suspended due to non-payment of prescribed fees or charges.

I remember a chat we both had immediately after a programme with former Deputy US Secretary of State, Africa Affairs, Ambassador Linda Thomas-Greenfield. He had unhappily told me that Power Company wrote a letter with threat to cut off power supply. He said he was making frantic efforts to get money from the Ministry of Foreign Affairs and the Ministry of Finance back home.

The Embassy of Nigeria in Washington, at the time, needed between $300,000 and $350,000 thousand monthly to operate but was receiving between $100,000 and $150,000 from the government monthly. It was understandable why he was unhappy and obviously tensed up.  The Washington diplomatic outpost was one of the most strategic and important of all the outposts.  It was expected that the Nigerian embassy in the US should not be treated with levity or be underfunded.

Adefuye’s concern was as classical as it is today, given the strategic position of the diplomatic relationship between Nigeria and the US. The US typifies the most important diplomatic outpost in the global context. In retrospect, therefore, Adefuye gave his all, so to speak, to what I would call clear diplomacy that underpinned the Nigerian citizen’s wellbeing which approximated national wellbeing/interest.

Well ahead of his arrival, he had passed through the mill, processed and refined in the fine tradition of diplomacy underscored by his very deep knowledge of history, an engaging field of study where he clichéd a Ph.D from the University of Ibadan in 1973. To validate that he was well prepared for the task of representing Nigeria in the US and mediating between both nations on bilateral issues, he had been named a Fulbright Scholar long before his maturation and had used the funds for research at Columbia University, the University of Florida.

Adefuye had, in the intervening period between then and the time he was appointed ambassador, lectured at the University of Lagos, where he was Head of Department of History from 1985 to 1987. But significantly, he was not a novice diplomat before he was called upon to represent Nigeria in the US diplomatic outpost. He had been ambassador to Jamaica in 1987 and served until 1991. He had, at the time, concurrently overseen Belize and Haiti.

He also, according to available records, served as the Deputy High Commissioner to the United Kingdom. He had left the UK to take up appointment as director of the Commonwealth of Nations for fourteen years. He was thereafter an advisor to the Economic Community of West African States in 2008. There is no doubt that the late Adefuye, who was appointed by former President Goodluck Jonathan as ambassador to the United States in 2010, was a grounded diplomat, a diplomats’ diplomat.

Indeed, he provided the Jonathan administration with the requisite diplomatic interventions especially in the advocacy for the provision of more military aids to Nigeria by the US in order to efficiently combat the Boko Haram insurgency. He was full of indignation for the insurgents. He was quoted to have said: “There is no use giving us the type of support that enables us to deliver light jabs to the terrorists when what we need to give them is the killer punch.” Adefuye had declared unequivocally that “Boko Haram is Nigeria’s equivalent of ISIS.”

Following regime change in Nigeria in 2015, President Muhammadu Buhari had asked him to resign and it was in the process of returning home that he reportedly took ill and died of a heart attack. It must be place on record that he exerted himself productively and made his marks. He made Nigeria and Nigerians proud. Adefuye left behind a sweet memory of his diplomatic odyssey in the United States for which he deserves some accolades in the outpouring of tributes in memory of his accomplishments.

In rounding off this tribute to a thoroughly good man, I refer to some lines by him, some diplomatic and non-diplomatic sources that quite succinctly exemplify the Adefuye individuality in the discharge of his briefs as ambassador to the US. In surmising his task in the context of the Nigeria-US relations under his watch, he once told this news medium-Per Second News- thus: “Historically, we’ve had a love-hate relationship with the United States. We are of strategic importance to America; that no-one can deny. They want us to be a bastion of democracy, a peaceful nation. If we’re not, they get very angry.”

State Department Deputy Spokesperson, Mark Toner had said that Buhari’s visit to Washington in July 2015 highlighted “Adefuye’s skill as a diplomat.” For J. Peter Pham, director of the Africa Center at the Atlantic Council think tank in Washington who worked closely with Adefuye throughout his tenure in Washington, the Nigerian diplomat garnered remarkable accomplishments.

One of Adefuye’s most notable accomplishments as ambassador, Pham told Foreign Policy, was “the establishment of strategic dialogue between the U.S. and Nigeria.” According to him, “There are ambassadors who were here for years, and passed on, and no one notices that they were ever here.” Pham said, “That certainly wasn’t the case with Ambassador Adefuye.” He stated that Adefuye’s role in the U.S.-Nigeria Bi-National Commission helped lead to mutual cooperation between the two countries.

Significantly, a prominent Nigerian journalist and reputable columnist, Azu Ishiekwene, in a piece about Adefuye at his death wrote in part“…Yet it would never be said that he offered less than his best for his country.  He built bridges on the bilateral front, taking on hot topics like regional security, good governance, institution building and electoral reform.  He was impatient with red tape and cut right through to offer sincere help wherever he could.”

There cannot be more appropriate and poignant epitaphs to Adefuye’s creative diplomatic career, including the magnitude of the finesse that he emphatically and elegantly stamped in the epochal phase that his appointment as Nigeria’s ambassador to the US typified. There is no doubt in my mind that Professor Adefuye came, saw and conquered. I am confident that his legacies and his person would continue to live in the minds of those he left behind as well as for appreciation by posterity.

Soneye is the Publisher of Per Second News 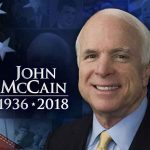