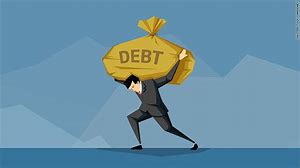 In spite of gale of defections of its chieftains to the ruling All Progressives Congress (APC), the People’s Democratic Party (PDP) still rose to the occasion to criticize the mounting debt profile of Nigeria put at N35 trillion by the Debt Management Office.

PDP said the comments by the Chairman of President Muhammadu Buhari’s Economic Advisory Council (EAC), Dr Doyin Salami, over accumulation of debt and uncontrolled spending confirms its position that the Buhari Presidency and the APC have wrecked the nation.

“The ‘State of the Nation’ revelation by Salami that our nation’s debt profile under Buhari has become “unmaintainable”at N35 trillion and still mounting with an alarming debt service-to-revenue ratio of 97.7 percent, further confirms that President Buhari and the APC have finally mortgaged our national patrimony to foreign interests.

“Dr. Salami’s revelation only validates apprehensions that President Buhari, who is still borrowing more money, is completely disconnected from his economic team, while the corrupt cabal in his Presidency has taken advantage of the situation to pillage the vaults.

“It is distressing that despite the already terrifying situation, and with the further depreciation of our naira to N570 to a dollar, President Buhari is moving to take a fresh N2.66 trillion ($4 billion and €710 million) external loan for very opaque purposes.

“More frightening is the revelation by EAC that the nation’s debt stock might soon hit N45 trillion.

This is especially as rather than developing strategies to create wealth to run its affairs and repay the loans it collected, the incompetent, lethargic and corrupt Buhari administration is only resorting to more loans in a reckless fashion.

Moreover, the fact that the APC and its government cannot point to any legacy project financed with the loans validates apprehensions in the public space that the funds are being frittered by APC leaders and cabal in the corridors of power.

“This position is corroborated by Dr. Salami’s report that Federal Government expenditure had been “on the increase and at a faster pace” even when there are no projects on ground to justify such astronomical increase.

“Moreover, the corruption and incompetence, in addition to policy inconsistency, insecurity and macroeconomic instability, under the Buhari-led APC administration, as also observed by the EAC, had stifled investments and crippled our national economy,” PDP said.

It commended the EAC for its courage in further exposing the failures of the Buhari administration and urged the council to impress it on Buhari to take urgent steps to recover the over N25 trillion naira reportedly stolen by APC leaders in various government agencies.

It said:”The EAC should task President Buhari to recover the stolen N9.3 trillion as detailed in the reported NNPC memo, the N2 trillion allegedly siphoned under fraudulent subsidy regime and the N1.1 worth of crude oil reportedly stolen using 18 unregistered vessels.

“This is in addition to N500 billon reportedly stolen from Social Investment Programme fund, the N1.5 trillion and $9.5 million from the Nigerian Maritime Administration and Safety Agency (NIMASA), the $65 million (N31 billion) frittered from the Federal Mortgage Bank of Nigeria (FMBN), N165 billion stolen from the Nigeria Ports Authority (NPA) as well as the N90 billion looted from the Federal Inland Revenue Service (FIRS).

“President Buhari should recover the funds stolen from National Health Insurance Scheme (NHIS) as well as the National Emergency Management Agency (NEMA), in which a very top official of his government was indicted.”

The PDP urged Salami EAC team to also summon the courage to tell President Buhari that culprits of corruption in his administration should not only be “eased out,” but made to cough out every kobo stolen and handed over to the Economic and Financial Crimes Commission (EFCC) for prosecution. 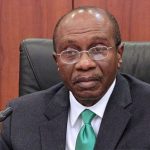