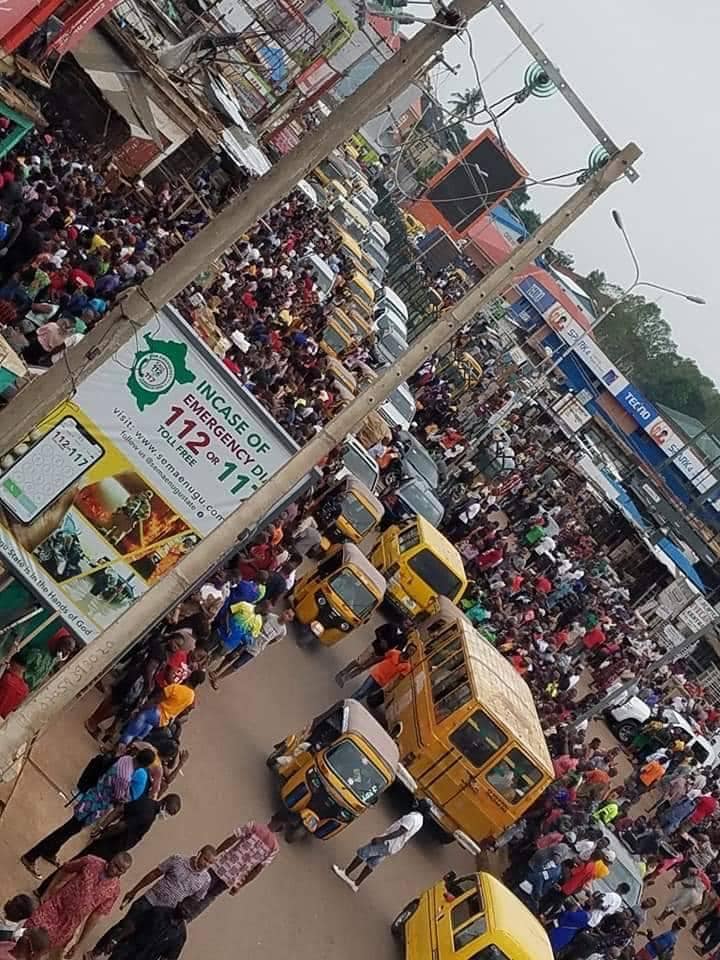 Nigeria is on the brink of becoming a failed state, according to an international daily newspaper, Financial Times.

The highly reverred newspaper, taking a critical look at the heightened insecurity in the country resulting in banditry, kidnapping and violent terrorism, warned: “Africa’s most populous country is teetering on the brink.”

The verdict came barely a month after an investigation by Cable News Network (CNN) which exposed the government’s alleged complicity in the shooting of unarmed protesters at Lekki toll plaza during the nationwide October #EndSARS protests in Lagos.

The newspaper in its editorial writes: “If the latest kidnapping turns out to be its work, it would mark the spread of the terrorist group from its north-eastern base.

“Even if the mass abduction was carried out by ‘ordinary’ bandits – as now looks possible – it underlines the fact of chronic criminality and violence.

“Deadly clashes between herders and settled farmers have spread to most parts of Nigeria. In the oil-rich but impoverished Delta region, extortion through the sabotage of pipelines is legendary.

“In its three remaining years, the government of Mr. Buhari must seek to draw a line in the sand. It must redouble efforts to get a grip on security.”

Financial Times advised the Buhari administration to restore trust in key institutions including the judiciary and the Independent National Electoral Commission (INEC) ahead of the 2023 elections.

On the country’s future, the newspaper said the nation needed a “generational shift.”

“The broad coalition that found political expression this year in the #EndSARS movement against police brutality provides a shard of optimism.

“The country has a relatively stable democracy, the youths could leverage to reset the country’s narrative.

“Extortion is a potent symbol for a state whose modus operandi is the extraction of oil revenue from central coffers to pay for a bloated, ruinously inefficient political elite. Security is not the only area where the state is failing.

“Nigeria has more poor people, defined as those living on less than $1.90 a day, than any other country, including India. In non-COVID-19 years, one of every five children in the world’s out of school lives in Nigeria, many of the girls,” Financial Times said.

The newspaper’s stance is a confirmation of the lingering concerns. The 2020 Fragile States Index has suggested that Nigeria is marked as more fragile with 97.3 points as against the global average, which stands at 65.58 points. The country had reached 103.5 points in 2016.

Stakeholders and the Organised Private Sector (OPS) have raised concerns about the rising level of insecurity, especially as it affects investments and food security.

The insecurity has driven up the prices of food in Northern states to an all-time high in the past few months.

On Monday, Borno State Governor, Prof. Babagana Zulum, expressed anger over what he described as routine attacks on travellers and villagers by insurgents along the Maiduguri-Damaturu highway.

#ENDSARSFinancial TimesINECNigeria
Share
Subscribe to our newsletter
Sign up here to get the latest news, updates and special offers delivered directly to your inbox.
You can unsubscribe at any time