Cross River state Cally Air is at risk of being grounded barely a month after it started operating with its shareholder, an official of the Cross River State government said.

The official disclosed that the state has been unable to withdraw the cash needed to pay for the insurance and maintenance of its aircraft.

State Commissioner for Aviation Jake Otu-Enyia also revealed that the state has been unable to draw funds deposited in an unnamed commercial bank in order to pay for the insurance and maintenance of the aircraft. “Cally Air is at the risk of being shut down because we are unable to get money from the bank to renew our insurance and do maintenance of our aircraft as its standard practice and instructions from the NCAA (Nigerian Civil Aviation Authority),” he said.

The airline, operated by Aero Contractor on behalf of the Cross River state,nly began operations on July 15 on routes between Lagos, Kano and Abuja with two B737-300s.

The state and airline staged a protest at the entrance to the bank in Calabar recently. 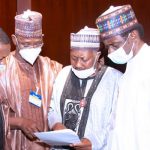 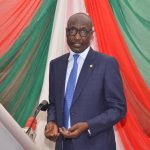