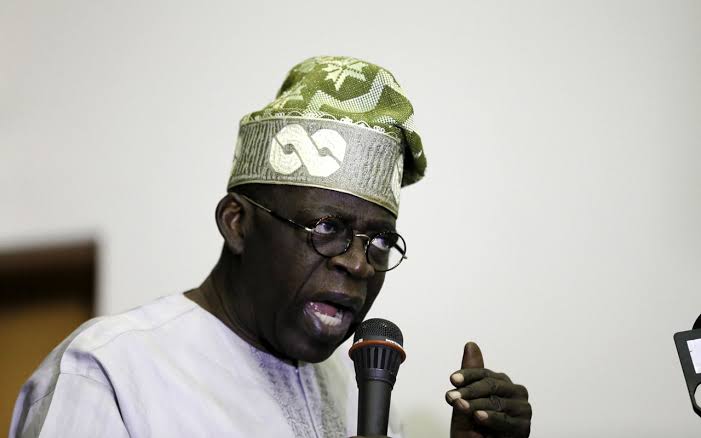 Asiwaju Bola Tinubu, the APC leader, has denied a statement credited to him by an online medium that he funded the election of President Muhammadu Buhari with a whopping N35 billion, describing it as disingenuous.

“It is disingenuous for anyone to surmise that Asiwaju would make such an odd claim in discussions with Baba Akande or anyone for that matter.

“Asiwaju rooted for President Buhari’s election and in 2015 and re-election in 2019 along with other right-thinking political leaders and teeming members of APC and Nigerians across the country.

“He has no reason to regret the rightful decision or describe President Buhari as ‘ungrateful’ .

“He remains steadfast in his support for the President and the programmes and policies of his administration as he has always been,”  a statement by

Tunde Rahman of Tinubu’s Media Office said, a copy of which was obtained by PerSecondnews.

Tinubu had on Thursday lambasted the conveners of the party’s National Executive Committee’s meeting in the State House which excluded him after the sack of the National Chairman, Adams Oshiomhole by the courts, describing them as coup plotters.

It stated: “We have seen the erroneous, unsubstantiated and unfounded report in a devious online platform, Pointblanknews, alleging that Asiwaju Bola Tinubu claimed he spent N35billion on the election of President Muhammadu Buhari.

“The authors of the libelous report claimed Asiwaju made the allegation in a discussion with former APC Interim Chairman, Chief Bisi Akande.

“Firstly, no one person elected President Buhari. He was elected by the generality of Nigerian electorate.

“Asiwaju Tinubu would not arrogate you himself the commendable decision taken by the people. Also, that outlandish claim only existed in the imagination of the authors of the story. Nothing has occurred to warrant any change of heart.

“Secondly, Baba Akande and Asiwaju are political soulmates. They converse every now and then. It is a no-brainer for anyone to think they would talk on recent developments in APC as they speak on all issues at all time.

“The authors of the deceitful and hypocritical report should have put the identities of their fabled ‘source’ to their self- manufactured report.

“The report linked recent developments in APC to the fate suffered by former Governor Akinwunmi Ambode in the 2019 governorship race in Lagos State, perhaps betraying where the authors were coming from. Asiwaju has put the events of 2019 behind him.”

Tinubu added: “He has moved on. Indeed, Lagos has moved on. Governor Babajide Sanwo-Olu is providing good, purposeful and responsible leadership. Lagosian are enjoying the fruits of good governance under the able and dynamic Governor Sanwo-Olu.

“Asiwaju and Governor Sanwo-Olu have the best of relationships, contrary to the impression the report sought to create. They want to sow discord between the two leaders. The duo know better. They will give them room.

“They and their baseless report should be totally ignored. We know them for who they are: a bunch of hatchet, hired writers.” 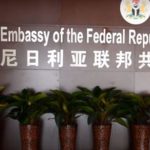 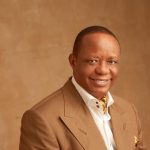