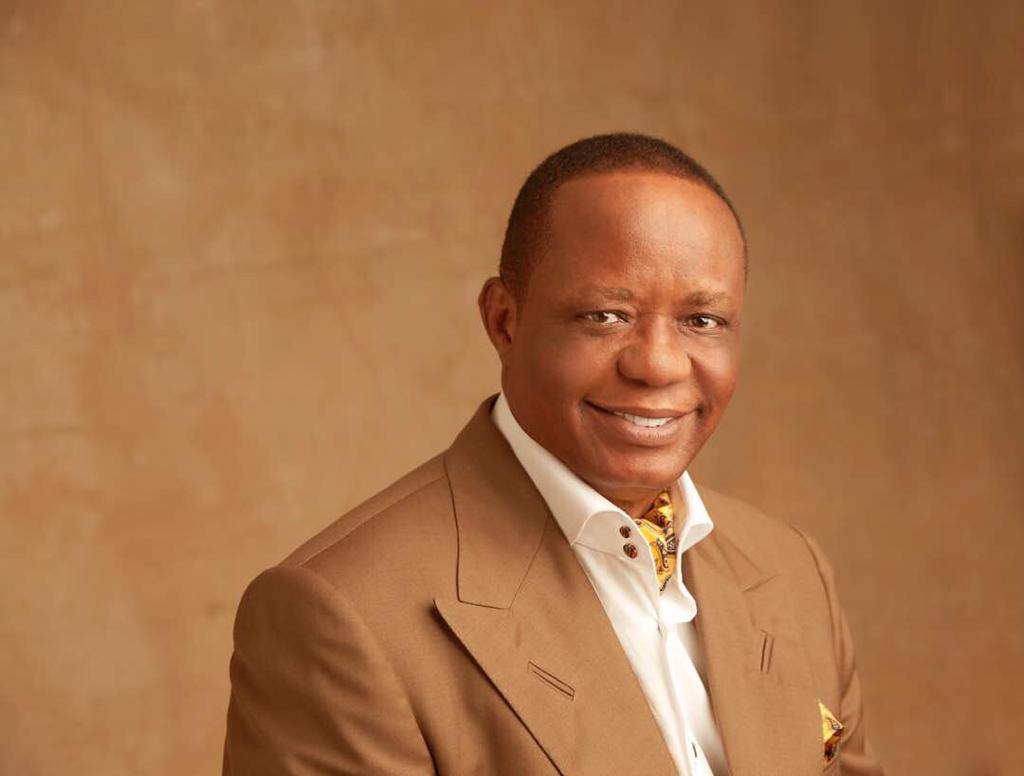 “Seest thou a man diligent in his business?  He shall stand before kings; he shall not stand before mean men.” Proverbs 22.29.

The above eternal words from the wisest man that ever lived in Bible times, King Solomon, ring true of Captain Idahosa Wells Okunbo, the Benin-born billionaire business mogul, who straddles the socio-cultural, economic and political topographies of not only Edo State but also a vast sphere of the nation like a Colossus.

And, without being immodest, Capt. Hosa (for short) extends his conquistador’s inclination and preeminence over the air, the sea and the land to the global sphere. This is the reason approbation and recognition continue to flow into his kitty from within and outside the country for his industry, uncommon value-addition to service delivery, as well as contribution to peace and charity.

The confetti of honours has been overwhelming, bursting his kitty at the seams and creating tributaries of enviable praises about the man whose great accomplishments in his chosen businesses are writ-large.  Both his admirers and traducers can see how far this phenomenal Benin icon of nobility has come and how well he has comported himself, peacefully, honestly and with dignity in his innovativeness.

Capt. Hosa is a quintessence of diligence and integrity.  He is single-minded and unwavering in his pursuit of excellence. He derives his badges of honour from sticking to principles and good conducts. For instance, in 2007, in recognition of his outstanding contributions to the promotion of peace and good governance as well as development of his community, he was honoured with the Justice of the Peace (JP).

If that succinctly underscores the profundity of the aphorism that places premium on charity beginning from home, then it is a good narrative which strengthens the foundation on which the substructure of so many other honours and recognitions have been built. And there are so many honours and awards that Capt. Hosa has been conferred with.

In 2012, the American Congress honoured him with the “Black Titan” Award for being a voice of the Niger Delta people through his movie: “Black November”, which he, singlehanded, bankrolled. Such interest and passion for liberation and community development that put humongous pressure on personal funds are rare in our societies. Without a history of public office, Capt. Hosa’s propensity for eleemosynary acts is breathtaking.

And, wait for this: in September last year, he was conferred with a peace award in Geneva on the United Nations’ Day for global peace by the Order of Lafayette by H.E. Robert Blum with all the international diplomats in Geneva present at the President Wilson Hotel. It was a momentous occasion for a Benin leading light on a global pedestal.

The significance of the global recognition was succinctly captured by the Otaifoh of Uromi land, Chief Owen Chamberlain Obaseki, JP, whose tribute to Capt. Hosa on that occasion was stimulating.  Read him: “the successes of Captain (Dr) Hosa Okunbo has gone beyond human reckoning.  Only one thing can therefore be said about this icon with a superhuman charisma and propensities; if God be for us, who can be against us? The life of Capt. Hosa is nothing short of a life with a divine touch.

“Capt. Hosa has, once again, been honoured with a Global Peace Award in Geneva  by H.E. Robert Blum, in recognition of his efforts in global peace and business innovations; and, this is coming a few days after signing an $876 million Financing and Technical Service Agreement (FTSA) with NPDC on the development of OML 65 Oil and Gas NPDC asset, which held at the Grand Hyatt Hotel in Dubai.

“The eminent Benin son has found his pride of place in this world and even now, lines keep falling unto him in pleasant places.  Through sheer hard work, he carved himself a niche, and through the blistering heat of life and the test of fire, he has emerged a refined gold; gold at heart, gold in deeds, in innovations and in the world of merchandise and service delivery…”

Significantly, the part of the tributes in which the Otaifoh described Capt. Hosa as a man of few words but great deeds aptly mirrored and still mirrors him through the eternal words of the Bard of Avon, Williams Shakespeare, who once wrote: “men with few words are the best men.”   Capt. Hosa is a man with few words; his actions and large-heartedness are more than his words.

His responses to situations and circumstances that put pressure on him or threaten his interests or assail his character either in the competitive or rivalrous business circles or in the public domain/media space are dealt with in measured cadences.  He does not rush his responses when it becomes necessary to issue any.  He weighs his actions; he polishes his responses before releasing them for public consumption.

Three things are always of overriding considerations in his decision to respond: his children for whom he has built a good name (and wants to leave a good name); the youths to whom he is a role model; and, posterity, which is the ultimate judge of human actions and inactions after leaving the earthly stage.

Consider how he handled the recent case of Hon. Marvelous Muhizu Zibiri, who took to the social media space a few weeks ago to maliciously defame his character when he insinuated that he was a drug baron. Without solicitation, so many people joined issues with Zibiri, an aide of the Governor of Edo State, in the media in defence of Capt. Hosa. That speaks volumes of someone who has affected so many people positively.

But as a law-abiding citizen and respecter of the rights and dignity of the significant others, he simply reported the malicious, vicious and injurious publication containing the allegation to the Police so that Zibiri could be interrogated.  Interestingly, that gave Zibiri the opportunity of introspection and was able to admit to the investigators that he had no evidence to validate his allegation.

Strategic in his approach, Capt. Hosa was exhausting the necessary processes, procedures and due diligence, preparatory to pressing charges against Zibiri. The astute businessman had issued a statement in the media to rationalize the 1995 saga with the NDLEA that had nothing to do with narcotic drugs, but rather a petition premised on his ownership of a mansion in Opebi, Ikeja in Lagos and his enviable life style.

By the time the matter was brought before the Miscellaneous Offences Tribunal, Lagos, it was established that prosecution  had not  made out a prima facie case against him that would even warrant him to defend himself. He was discharged and acquitted of all charges on a “no-case” submission.

Knowing that he would stand no chance of being vindicated on the grounds of fair comment, Zibiri and his lawyers decided to pursue a settlement option.  And they were able to pull it through courtesy of Capt. Hosa’s compassion and magnanimity. Though apparently angry, yet, he was ready to welcome their overtures for a settlement option.

Zibiri, apparently convinced that those whose political bidding he was doing when he made the Facebook post about Capt. Hosa did not really love him, has been on the rampage on the various social media platforms to retract his malicious, defamatory and malodorous publication. He repudiated it as baseless and not grounded on provable facts.

If he were not dancing to the drumbeat and tune of some paymasters, he certainly would not have made the post that had done incalculable damage to the hard-earned reputation of a man who has enjoyed the trust and respect of domestic and global business partners. It is a measure of Capt. Hosa’s God-fearing and man-caring disposition that he merely set out what Zibiri had to do in atonement for his sin.

Zibiri did a handwritten apology and a letter of undertaking that he would cease henceforth to defame or undermine Capt. Hosa in any manner and in whatever guise, having realized that the content of the defamatory publication as authored by him was false. He had also undertaken to make wide and copious publications of his retraction in both print and social media, “recanting, withdrawing and disclaiming (the) slanderous publication.”

On Tuesday, June 23, 2020, Zibiri, in a social media post, titled: “Re: The Big Revelation and How a Drug Baron is Funding the Political Class in Edo State”, wrote: “This is to inform the general public that the earlier publication on the above subject is hugely regretted and I hereby give notice that it was a publication made out of oversight; (it was) baseless and not grounded on provable facts.

“To that extent, I hereby withdraw the publication in all sincerity and urge all to kindly disregard the content therein as being false, without verifiable facts.  I greatly regret any inconveniences the false content of the publication may have caused our father and highly respected brother, Captain Idahosa Wells Okunbo and his family.

“Captain Idahosa Wells Okunbo has greatly distinguished himself (to be) worthy of our recognition and respect.  I therefore use this medium to urge him to kindly forgive me as a son.”

Without a doubt, Zibiri’s latest trajectory is the best for him in the circumstance.  On his part, Capt. Hosa has safeguarded his honour, defended his reputation and preserved his diligence. These are virtues with which he has staved off the fiery darts of business competitors and the shenanigans of some desperate politicians whose pastime is to blackmail him for not supporting their aspirations. 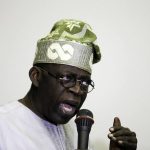 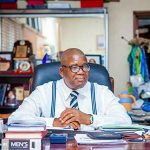