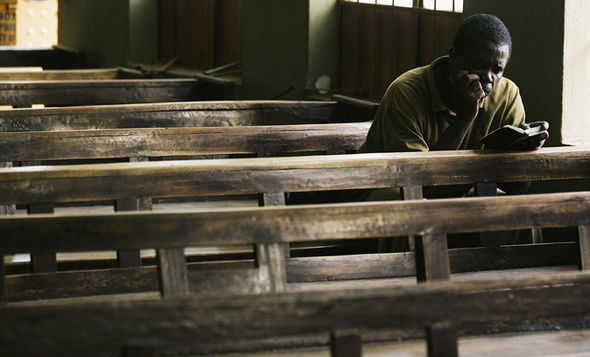 Zero-mega gathering-compliant, more churches have rolled out guidelines to their centres across Nigeria and the world, urging total conformity with government directives to curtail the spread of ravaging coronavirus scourge.

They are Living Faith Church a.k.a Winners’ Chapel, Deeper Christian Life Church, Mountain of Fire and Miracles Ministries, Daystar, House on the Rock, Catholic Church and Baptist Church with millions of faithful.

Earlier, the General Overseer of the Redeemed Christian Church of God (RCCG), Pastor Enock Adeboye, had directed their churches in Lagos and Ogun to operate strictly within the government regulation.

He asked members to hook up to Dove TV for ministrations from the church headquarters while others should use their house fellowship centres for congregational service on Sundays until further notice.

As part of the preventive measures against the spread of the coronavirus pandemic, Lagos and Ogun Governments have advised churches and other religious organizations to suspend services and gatherings where the number of worshippers is above 50.

Bishop David Abioye, Winners’ First Vice-President, directed all stations worldwide to comply with any restriction introduced by the government of their nations and obey the laws of the Land.

Instead of the mega services, he admonished members to take advantage of the various online primary links and other social media platforms to watch services in their homes until the situation improves.

“An end has come to the spread in the name of Jesus. Amen!, Abioye said.

Pastor Paul Adefarasin’s House on the Rock via its twitter handle @houseontherock, said: “Our church services will only hold online from this Sunday at 9:00am WAT & will be streamed on Facebook Live.”

The Catholic Archdiocese of Lagos through a message from the Archbishop, Alfred Adewale Martins, suspended mass in their churches for now, saying : As a church, we are concerned about public health and welfare as well as the protection of our faith and practices at the same time.’’

He, however, urged the government to address areas such as the land borders (through which an infected person was reported to have already arrived in the country) and public transportation system and other public gatherings that could be sources of the spread of the virus are still very much unregulated.

From the Nigeria Baptist Convention (NBC) comes a directive to its churches nationwide to limit worshippers to just 40 in every service.

“At the entrance to each worship centre, homes and offices, let there be sanitisers to sanitise all hands continuously. Physical contacts like hugging and handshaking should be avoided,” he said.

Appealing to Christians irrespective of their denominations, the Lagos State Chairman of Pentecostal Fellowship of Nigeria, (PFN), Bishop Sola Ore, said they should take it in good faith.

“The ban should not be seen as persecution against the Christian community,’’ he said, stressing “God is not the author of evil.  He has equally not given us the spirit of fear but of power and of sound mind.”

Ore also advised all churches to teach the people the culture of hygiene in their homes.

The Muslim community is also not left out of joining forces with the government to curtail the spread of the virus.

Persecondnews reports that Nasrul-lahi-li Fathi Society (NASFAT), Ansarul Islam and Ansar-Ud-Deen Society of Nigeria among others have already complied with the directive.

On Friday at Jumat service centres, scanty number of people unlike the usual multitudes observed their prayers.

But in Abeokuta, Ogun state capital, Ansar-Ud-Deen mosques violated the directive as hundreds of worshippers gathered for Jumat.

churchesCORONAVIRUSMosqueNigeria
Share
Subscribe to our newsletter
Sign up here to get the latest news, updates and special offers delivered directly to your inbox.
You can unsubscribe at any time

Septuagenarian Lagos chief strips himself of insignia, engages in free-for-all