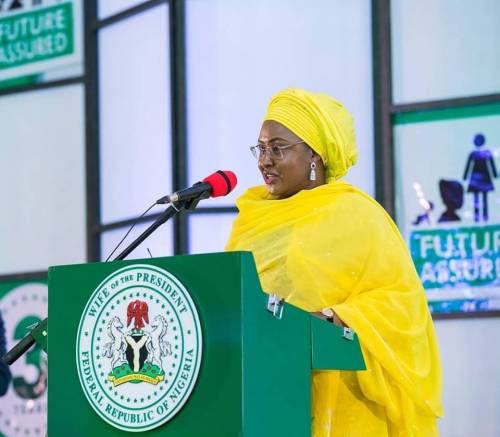 …things are getting out of hand, no clean water for the poor in states

Outspoken and fiery Nigeria’s First Lady, Mrs Aisha Buhari, has given a damning report of the state governors’ performance in driving the “Next Level’’ change mantra of the Muhammadu Buhari presidency and providing infrastructure in their states.

“We should fear God, and we should know that one day we will return to God and account for our deeds here on earth,” she said while slamming the performance of the state chief executives who collect billions from the Federation Account monthly and several bail-out funds among other interventions by Buhari.

Noting that in some states the governors could not provide clean water for the people but giving excuses of “lack of funds’, the first lady cried out: “Things are getting out of hand.’’

She spoke at the Nigerian Supreme Council for Islamic Affairs General Assembly and National Executive Council meeting held at the National Mosque in Abuja on Friday.

Mrs Buhari said her husband alone could not handle the challenges facing the nation, urged political leaders to work together to bail the country out of the doldrums.

“We should either fasten our seatbelt and do the needful or we will all regret it very soon because, at the rate things are going, things are getting completely out of hand.

“The VP (Vice President Yemi Osinbajo) is here, some ministers are here, they are supposed to do justice to the situation.

“People cannot afford potable water in this country while we have governors. Since this is the highest decision-making body of Islamic affairs, for those that are listening we should fear God, and we should know that one day, we will return to God and account for our deeds here on earth,’’ she told the gathering.

On social media, Buhari called for the regulation of social platforms, pointing out that China with about 1.3 billion people had done so.

She said:“Many people cannot relax in their villages due to insecurity.

“On this issue of social media, you cannot just sit in the comfort of your house and tweet that the Vice President has resigned.

“It is a serious issue. If China can control over 1.3 billion people on social media, I see no reason why Nigeria cannot attempt controlling only 180 million people.”

Vice President Yemi Osinbajo also told the meeting that Nigerians should be their brother’s keepers regardless of their religious affiliation bearing in mind that all “Nigerians are equal’’.

“It is my view that the weight of ensuring that this country is on the right track is on our leaders.

“We should be our brother’s keeper no matter the religion. We should always be ready to make sacrifices for one another. We have religious and tribal tension in this country and many are beating the drum of ethnic and religious war.

“We are at a historic juncture of our nation,” Osinbajo said.

The Sultan of Sokoto and NSCIA President, Sa’ad Abubakar, said nation must come together to address its challenges including the girl-child education and the Almajiri phenomenon.

He disagreed with the calls for social media regulation, stating that there were enough laws to deal with the abusers of the platforms.

“I have received so many calls on the need to regulate social media. In Nigeria, there are so many laws that can deal with this issue.

“As Muslim leaders, what are we doing about these things? We must educate our children especially the girl-child. We have millions of Almajiri children moving about on the streets.

“Some people even proposed having a hate speech law. We must accept the outcome of whatever the people decided.

“After all, people voted for our political leaders. Let us listen to the voices of the people. It is important for us to do the wish of Nigerians,” the sultan said. 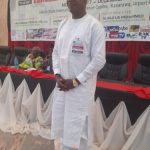