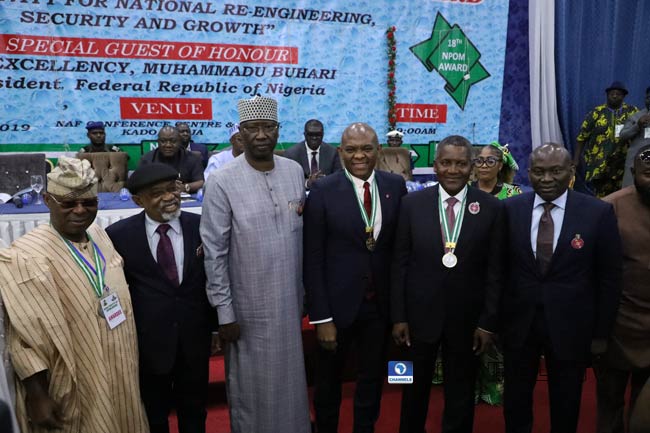 Others are business mogul and industrialist, Chief Oba Otudeko and retired Col. Hameed Ali, the Controller General of the Nigeria Customs Service and seven organizations.

At a ceremony presided over by the Secretary to the Government of the Federation,Mr Boss Mustapha, on behalf of President Buhari on Thursday, the awardees were given plaques and decorated with medallions.

Mustapha said the awards were expected to spur them to do more and reach greater heights in their various endeavours.

The Minister of Labour and Productivity, Dr Chris Ngige explained that the awards were in recognition of their contributions to national development and productivity.

The NPOM Award was instituted by the Federal Government through the Ministry of Labour and Employment to honour deserving Nigerians in recognition of their hard work.

Elumelu was honoured particularly in recognition of his continuous hard work and total commitment to the empowerment of youths in Nigeria and Africa.

The Foundation’s mission is inspired by Tony’s economic philosophy of Africapitalism which positions the private sector, and most importantly entrepreneurs, as the catalyst for the social and economic development of the continent.

Embodying this narrative in the private sector, Mr Elumelu has built his reputation as a corporate turnaround expert.

He is credited for leading the largest merger in corporate banking history in Nigeria, resulting in what is known as present-day UBA Group, Africa’s global bank, employing over 30,000 staff and with branches across 20 African countries, London, New York and Paris. 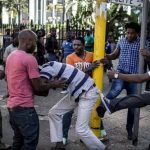