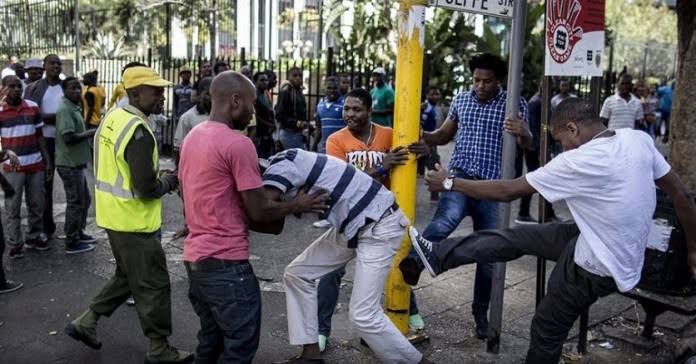 In a bold step to end xenophobia in South Africa, a trigger-happy police constable, Austin Luciano Reynolds, has been prosecuted and found guilty of killing a Nigerian, Ebuka Emmanuel Okoli.

A South African Court has handed down a verdict of guilt for the accused who is being tried for a charge of murder and three-count charge bordering on robbery.

Okoli who was shot by a young police constable in Durban on January 19, 2018.

The accused was found guilty on all four charges, one charge of murder and three charges bordering on robbery.
The accomplice of the accused during the illegal raid, however, turned state witness in the trial.
Judge Shyam Gyanda will deliver judgment and punishment on Dec. 3.
Meanwhile, the President of Nigeria Union in South Africa, Mr Adetola Olubajo, has hailed the conviction.
President Muhammadu Buhari had in early October visited South Africa on the invitation of President Cyril Ramaphosa.
A 30-point bilateral agreement including business and tourism was signed by both leaders.
South AfricaZenophobia
Share
Subscribe to our newsletter
Sign up here to get the latest news, updates and special offers delivered directly to your inbox.
You can unsubscribe at any time