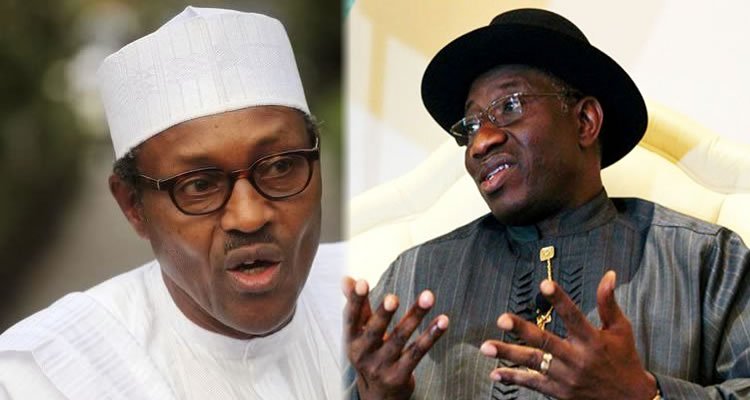 Former President Goodluck Jonathan, has kept mum after his closed-door meeting with President Muhammadu Buhari, which lasted for about 8 mins.

The meeting started at the President’s office around 3pm, after Jonathan had arrived at the forecourt of the State House around 2.58 pm.

The former president did not speak with State House Correspondents, who had waited to interview him on the purpose of his visit, when he emerged from the President’s office.

He walked straight to his waiting car after exchanging pleasantries with a presidential staff at the forecourt of the State House and was driven off.

Jonathan recently came under fire following the revelation by ex-Prime Minister of the United Kingdom, David Cameron, in his book where he claimed Jonathan prevented UK troops from rescuing some of the 276 schoolgirls abducted by Boko Haram from Chibok, Borno State.

The former president said Cameron, is against him because he signed the Anti-Same sex Marriage Bill into law.

Cameron, in his recently published memoir titled, ‘For the Record’, had claimed that a team of UK soldiers had located some of the Chibok girls but “Nigeria’s President, Goodluck Jonathan, seemed to be asleep at the wheel.

“When he eventually made a statement, it was to accuse the campaigners of politicising the tragedy. And absolutely crucially, when we offered to help rescue the girls we had located, he refused.”

This is Jonathan’s first visit under the second term administration of President Buhari.

Under Buhari’s first term, Jonathan had come to the Presidential Villa about twice for private visits.

BuhariGOODLUCK JONATHAN
Share
Subscribe to our newsletter
Sign up here to get the latest news, updates and special offers delivered directly to your inbox.
You can unsubscribe at any time