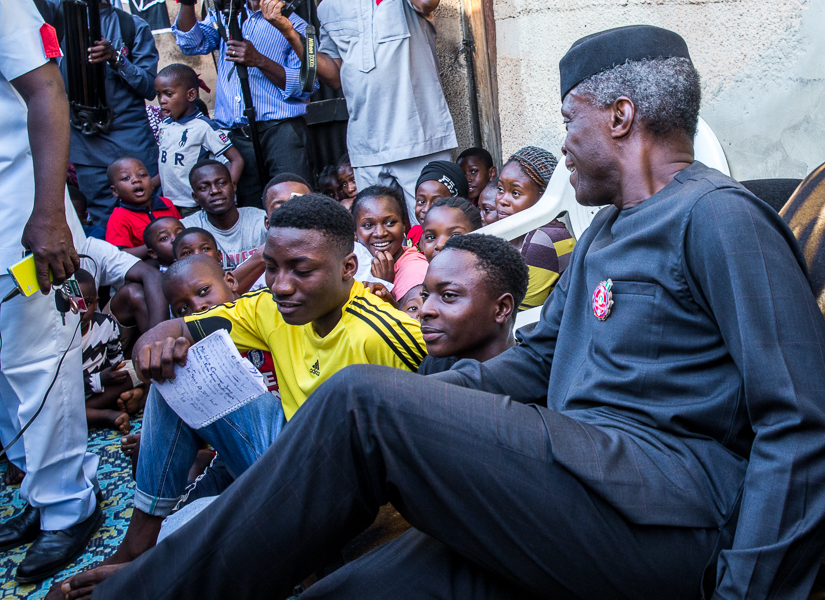 VP Osinbajo on the campaign trail

The dramatic rescue of Vice President Yemi Osinbajo and his aides out of a crashed chopper on Saturday has drawn outpouring of love and concern from Nigerians.

The helicopter was to land at the local stadium, according to a highly placed official in the Vice President’s team.

” The ground was not grassed and it is dry season. Making an approach to land there was so much dust thrown up.” It was a blowing dust.

” The pilot lost visibility and swerved towards the edge of the stadium where a bus was packed, he disclosed.

” The blade hit the bus and thus the helicopter landed on its side and threw up further dust. The security men on ground went into action and got the occupants out in good time, he said to Per Second News under the condition of anonymity. 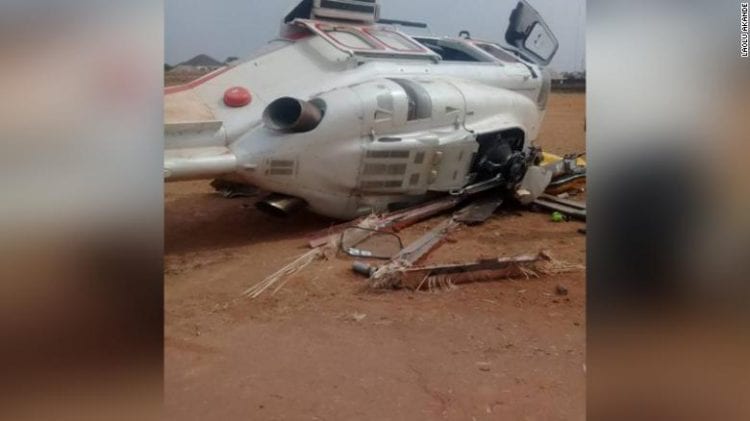 The actions of the pilot reduced the likelihood of injury and possible loss of life, this newspaper learnt.

Alongside VP Osinbajo, the Minister of State for Labour and Productivity, Prof. Stephen Ocheni, senior presidential aides, security officials and the crew; there were a total of 12 people on board, according to the Presidency.

It was also exclusively gathered by Per Second News Saturday night that sometime last year, the VP’s helicopter refused to start after a trip to Kogi. The VP had to take the road back to Abuja. It is not known if its the same chopper.

Aviation experts said the VP was lucky that the crashed helicopter did not catch fire.

Speaking at the Obaro of Kabba’s Palace, his first stop in his ongoing visit to Kogi State, Prof. Osinbajo expressed gratitude to God for the deliverance from the Chopper crash.

He added, “We are extremely grateful to the Lord for preserving our lives from the incident that just happened. Everyone is safe and no one is maimed. God has kept us safe and alive, delivered us from death so we can do more for our people and country.”

2018 saw a string of helicopter accidents around the world including last October’s crash in New Zealand when a chopper burst into flames after cashing in a farmland north of the Wanaka Airport, killing two passengers and pilot on board.

Another helicopter crash in 2018 also took the lives of Leicester City football owner Vichai Srivaddhanaprabha and four others on board.

Mr. Srivaddhanaprabha’s helicopter, an Augusta Westland AW-169, was bound for Luton airport, from where he was scheduled to return to his native Thailand. Witnesses said the engine stopped in the air before the helicopter plunged to the ground.

An helicopter crashed into the East River in New York killing all five passengers on board in March, 2018, the pilot survived. 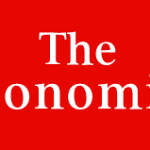