Atiku is Headed For a Win, Says The Economist 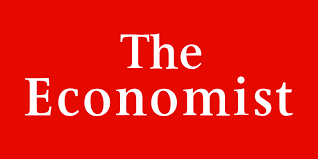 Nobody knows for certain who will win on February, 16 presidential election — but the Economist Intelligence Unit, Africa, is pretty sure: Abubakar Atiku, candidate of the PDP will win it.

It said the margin of victory was getting narrower as the election approaches, but Atiku and his political party will win the historic election.

“We retain our forecast for #Abubakar to win, but expected margin of victory is narrowing as the poll approaches.”

Recall that in 2015, the magazine also predicted victory for Muhammadu Buhari of the All Progressives Congress over the then-incumbent,  Goodluck Jonathan.

“#NigeriaDecides2019 : Less than 2 weeks before #Nigeria‘s presidential election. Abubakar has floated idea of corruption amnesty. It is arguably an impolitic time for such a delicate proposal,” EIU Africa tweeted.

Atiku is Headed For a WinSays The Economist
Share
Subscribe to our newsletter
Sign up here to get the latest news, updates and special offers delivered directly to your inbox.
You can unsubscribe at any time