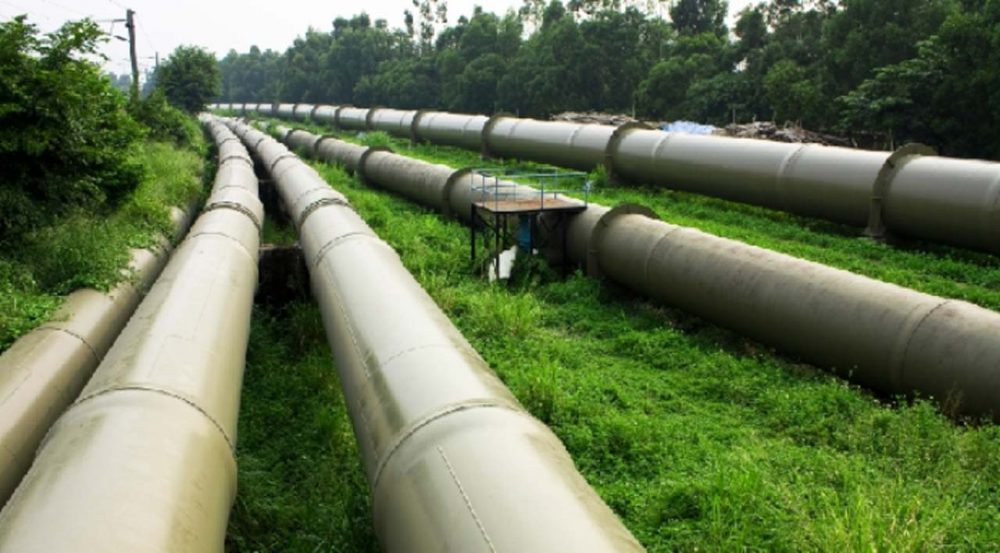 By Henry Manuchimso Orlu
I read the publication of Eraskorp Nigeria Limited (“Eraskorp”) in the media titled: “Trans Forcados Pipeline Surveillance Contract and Ocean Marine’s macabre dance” and I felt inclined, as a son of the Niger Delta region, to lend my voice to the issue in the interest of peace and stability in the region. My decision is personal and has nothing to do with the All Progressives Congress (APC) Grassroots Youth for Change, a movement, over which I preside as national coordinator.

The proposed award of the Trans Forcados Pipeline (TFP) surveillance contract by the Nigerian National Petroleum Corporation (NNPC) to Ocean Marine Solutions (OMS) is quite significant; and, I have noted that Eraskorp, which lost the contract to ineptitude that resulted in serious breaches on the TFP in 2018, has raised issues over the proposed re-award of the contract to OMS.

That Eraskorp decided to raise issues over NNPC’s decision to terminate the contract is understandable. Any entity would be disposed to do so as a face-saver. But in exercising its rights to ventilate its displeasure, Eraskorp should not have resorted to unconscionable insinuations and smear campaigns targeted at damaging the reputations of the NNPC and OMS.

It is important to situate the angst of Eraskorp in the context of the validation provided by the NNPC for terminating the TFP contract. The NNPC had said that under the watch of Eraskorp, there were security breaches on the TFP, which culminated in the loss of 11 million barrels of crude, which was equivalent to $800 million.

The NNPC and other stakeholders in the matrix, namely the Joint Venture Partners and the Federal Government of Nigeria bore the huge loss.  In a December 3, 2018 statement issued by the NNPC, the Corporation said stakeholders had to cough out a whopping $32 million to embark on repair and clean up of the damaged pipelines while Eraskorp was exempted from concomitant liability due to the nature of the contract.

Consequently, the NNPC had approached the OMS, which had successfully secured the Escravos-Warri and Bonny-Port Harcourt pipelines on a proof of concept basis, involving utilitarian engagement of community participation model, to help it protect the TFP by replicating its success story on the pipelines where no losses have been incurred. That is the validation that Eraskorp has tried, unsuccessfully, to pooh-pooh.

Clear responses had been issued by the NNPC and OMS in self justification. First, the Corporation had explained that, contrary to Eraskorp’s claim, due process was adhered to in the proposed re-award of the TFP surveillance contract to OMS.  The NNPC had said that the same steps and procedures that were followed in the award of all pipeline security contracts, including the award of the TFP surveillance contract to the old contractor (Eraskorp), were adhered to.

The insinuation by Eraskorp that the proposed TFP surveillance contract is “a deal widely perceived as a serious dent on President Muhammadu Buhari’s anti-corruption war,” is therefore an irresponsible and jejune attempt at fickle and feeble blackmail of the NNPC and OMS.  Second, the OMS does not like to hug the limelight. But, it has had to embark on this necessary media action to alert Nigerians to the smear campaign as well as deliberate misconception, misconstruction and misrepresentation of its identity, mission and vision by Eraskorp.

Therefore, I consider the current attempts by the Chairman of OMS, Captain (Dr) Idahosa Wells Okunbo, to tell OMS’ success story and to defend its reputation and integrity as necessary in order to put a lie to the orchestrated falsehoods that Eraskorp is concocting on a daily basis about the company and his person. Indeed, I cannot see any desperation, as alleged by Eraskorp, on the part of OMS to enter into a contractual relationship with the NNPC on the TFP surveillance.

What I see, however, is circumspection by OMS to ensure that prevailing concerns are addressed before it signs the proposed TFP surveillance contract with the NNPC. And part of the necessary steps to take in the intervening period is to put the records straight and clear the rash of misconceptions with which Eraskorp had populated the media space. How that responsible and responsive counter action has become “cheap blackmail”, as claimed by Eraskorp, is ludicrous

If NNPC’s claim that 11 million barrels of crude oil (equivalent of $800 million) were lost in 2018 under Eraskorp’s watch of the TFP is what Eraskorp referred to as cheap blackmail, I wish to disagree with it on that score. The loss is a serious matter and I call on the Federal Government to direct the relevant agencies to investigate the circumstances in which the loss was recorded under Eraskorp’s watch.

The investigation will serve to prove or disprove widely-held perceptions that the huge losses were due to oil theft and illegal bunkering.  And to that extent, the degree of Eraskorp’s complicity in the breaches to the TFP and perceived unholy collusions with close or distant allies in the perpetration of the acts of economic sabotage in the matrix will have to be resolved either in favour or disfavour of Eraskorp.

It is not just enough for Eraskorp to say that OMS is clutching at straws by repeating NNPC’s perceived redundant falsehood that it (Eraskorp) was responsible for the loss of the 11 million barrels of crude oil. Eraskorp would have done well to provide facts and figures in terms of numbers and financial implications to counter the NNPC narrative. In the absence of that, the onus is on Eraskorp to prove that 11 million barrels, equivalent of $800 million, were not lost and that the stakeholders did not spend $32 million to repair the damaged pipeline and do a clean-up.

I also find curious, the claim by Eraskorp that it was not in charge of Operation and Maintenance (O & M) services in Oil Mining Lease (OML) 30; and that a surveillance contractor cannot be held liable for production shut-ins due to technical hitches. Equally curious is Eraskorp’s claim that the NNPC was fully aware that the so-called losses had nothing to do with the performance of its contract but rather “a convenient excuse for their (NNPC’s) own misconduct.”

The position stated supra reinforces my earlier submission that the activities of Eraskorp and the operators of OML 30 in and around the matrix of the TFP should be subjected to a high-powered investigation or criminal investigation by relevant security agencies. There must be more to the loss of 11 million barrels of crude oil than meets the eye.  The mischief in the incident must be dealt with in the national interest; and, if any company or companies is or are found to have committed malfeasance, such should be sanctioned and made to refund the lost revenue.

Furthermore, Eraskorp’s claim that OMS has a history of shady dealings is untenable in the light of its verifiable capacity and track-records. Eraskorp’s reference to OMS’ former crude transportation contract by marine vessels from 2010 to 2015 on which an online news platform, Premium Times, did a report wherein it was alleged that billions of naira were siphoned, demonstrates how uninformed Eraskorp is about the contract that OMS, in a media publication -rejoinder to the Premium Times report – had laid out the facts.

My take is that if OMS had committed any infraction(s) or failed to deliver on the former contract or if it does not have the capacity to deliver uncommon values, which the company claims is the crux of its commitment, I doubt if the NNPC will continue to patronize it. It thus beggars belief that Eraskorp would, in its fancy, claim that OMS has no significant record of performance or authentic investments in the Nigerian economy.

These Eraskorp’s claims fall flat in the face of a documentary on OMS’ effort at safeguarding the life-blood of our nation, which I had the opportunity of watching on NTA and Channels TV recently.  It is therefore not in the place of a grieving contractor, who lost on the TFP surveillance contract to a stronger and better-capacitated service provider, to provide any objective appraisal.

Again, Eraskorp’s tale that Captain Okunbo’s “notable achievement” is the liquidation of Skye Bank is laughable. How? What was the correlation between OMS and Skye Bank or between Okunbo and Skye Bank? That claim is injurious falsehood. Eraskorp’s further reference to failed acquisitions of NITEL/MTEL, Ibadan and Yola Discos was either from an uninformed mind or a deliberately skewed account from an entity that is economical with the truth.

It is, indeed, non-sequitur for Eraskorp to claim that OMS is waging a sinister war against the NNPC’s Joint Venture Partners in OML 30; but rather it is the collaborators and their act of economic sabotage of the nation through the despoliation of the TFP that are ill-at-ease and striving to discredit the proposed TFP contract by the NNPC to OMS, which is the most capacitated of all the pipeline security providers in the Niger Delta region.

Credible company information has indicated OMS has about 48 marine vessels; while in the area of pipeline movement of crude, it has, on the basis of letter of comfort, replaced damaged pipelines from Escravos to Warri and Bonny to Port Harcourt, restoring them to a state of optimal usage with its resources before it was invited to negotiate the contract. This is the reason the NNPC has and will always approach OMS (which has also provided services to Shell and co.) for surveillance contracts.

Other issues raised by Eraskorp are neither here nor there. But one thing is that the NNPC would not be a party to negotiated arrangements to discount national interest in the management of our hydro-carbon resources and the critical assets that support their exploitation and exploration.

Also, it is interesting that Eraskorp that is not keen on being investigated for the loss of 11 million barrels of crude oil, has made another allegation about a surreptitious award of oil bloc to Captain Okunbo with a call on the EFCC and the National Assembly to probe the award. To me, in the absence of concrete evidence of infractions, I consider the allegation spurious and a figment of the imagination of Eraskorp under the leadership of Maxwell Okoh who, as alleged in some quarters, is imprudently angling for the position of Chairman of the Board of Niger Delta Development Commission (NDDC). .

Finally, I support a comprehensive investigation into the loss of crude oil through TFP before the proposed contract to OMS. In attacking deliberate shenanigans, OMS has not disrupted the security of the Niger Delta region. It has massively integrated the communities in the matrix along the pipelines.  Its Chairman, Captain Okunbo, has been very passionate about the development of the region. He has patriotically proved that he has what it takes to deliver uncommon values in the provision of surveillance for critical oil assets in the region.

In an environment that demands integrity and commitment to delivering on mandates, the NNPC and other stakeholders have validated their trust in OMS’ ability to keep fidelity to contractual obligations. 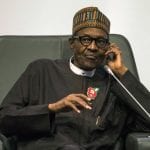 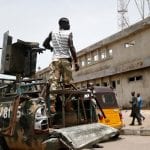