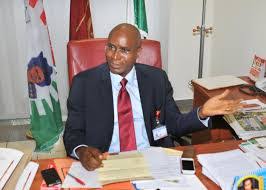 If he had taken time to review recent history and incidents of insolence in the National Assembly, perhaps, Senator Ovie Omo-Agege (APC, Delta Central) might not have embarked on his ill-fated rebellious voyage. However, he might have reckoned that political correctness which informed his decision to pitch his tent with the Parliamentary Support Group (PSG) in the Senate would avail him with the essential protection by the presidency and the All Progressives Congress (APC). That protection, to him, would appear more important than any other immediate consideration.

To be sure, the PSG works to defend the interests of President Muhammadu Buhari and the APC in the Senate. It would, therefore, be preposterous to think that Omo-Agege did not do his diligent political calculations and permutations before dumping the Labour Party (LP), on which platform he contested and won election to the Senate, for the APC, where he has since strategically enlisted as one of Buhari’s foot soldiers. It should be recalled that it took judicial intercessions for him to dislodge from the Senate, Ighoyota Amori of the Peoples Democratic Party (PDP) who was originally declared as the winner of the Delta Central senatorial election.

In making his moves, Omo-Agege must have had his eyes on the structure of the APC in Delta state, which he would take over and deploy for the actualisation of his political agenda. And, this is regardless of the fact that some leaders had been in the APC from the outset expending energy, time and resources to build the party in the state. Strategically, his brazen support for Buhari in the Senate was his gambit to worm into the hearts of the president, his men and the party leadership in Abuja.

That stratagem had largely worked to bolster his interest in the local APC politics in Delta where, in concert with Great Ovedje Ogboru, he has now virtually dislodged Olorogun O’tega Emerhor who had, singled-handed, funded and built the APC in the state when the party was operating as opposition in 2014. If the scramble for the soul of the APC in Delta is the reason Omo-Agege had staked his reputation in support of Buhari in the Senate in defiance of legislative authority and resolutions, the enterprise could be said to have paid off: a joiner has now virtually dislodged the builder of the APC in Delta.

But in Abuja, far away from Delta, Omo-Agege deservedly continues to be under fire in the National Assembly for challenging the authority and decisions of the legislature. In his overzealousness during the organised opposition to the move by the National Assembly to reorder the sequence of elections, he had suggested at a press conference after the passage of the amendments to the Electoral Act 2010 Amendment Bill (2018) that the action by the Senate to put the presidential election as the last in the sequence was targeted at President Buhari.

That statement had landed him in trouble with his colleagues, on account of which he was suspended for 90 legislative days. He was to go for 180 days but the Senate President, Bukola Saraki, had weighed in to reduce it to a half. Although, he had proceeded to the court to seek the nullification of his suspension for that length of time, he had, during the pendency of the matter, led thugs into the chamber during plenary on April 18, 2018, to hijack the mace (the legislative symbol of authority).  The thugs had taken away the mace, thus disrupting legislative proceedings.

Omo-Agege would later get a reprieve from the Federal High Court, Abuja, presided over by Justice Dimgba Igwe, which nullified his 90-day suspension.  The court had declared that the Senate ran afoul of its own rules by suspending Omo-Agege for more than fourteen days plus one that the rules prescribed. He had returned and was, indeed, admitted into the chamber on the basis of that ruling. But there was no let-up as the National Assembly planned a massive and final onslaught against him through the instrumentality of an inquiry.

The National Assembly Joint Committee set up to investigate the April 18, 2018 Mace theft properly served him with a formal invitation to appear before it. The committee, chaired by Honourable Betty Apiafi, laid its report before the House of Representatives on July 5, 2018.  The committee found Omo-Agege to be complicit and culpable in the sordid incident and recommended that he should be suspended for 180 legislative days in line with Section 14(2) of the Legislative Houses (Powers and Privileges) Act, 2017.

That was not all. The committee also recommended that he should be prosecuted along with six other suspects for treasonable felony, assault occasioning harm, conspiracy to steal and actual theft. The House had subsequently considered the report and ratified the recommendations. The concurrence of the Senate is being awaited to put the nail in Omo-Agege’s coffin. He is not likely to enjoy any sympathy from the Senate this time round.

But, while the concurrence by the Senate is being awaited, Omo-Agege must be engrossed in some quiet dialogue with himself, possibly wondering if his odious enterprise was worth the sacrifice of his reputation on the altar of ephemeral political advantage and convenience.

Truth is, if Omo-Agege has scruples, he must be contemplating with pains in his heart the bad example in leadership that his act of guiding thugs into the Senate chamber to hijack the mace has exemplified. He must be worried that he is a battered, shattered and tattooed role model who has lost the occupation of the very high pedestal of civility and respect.  He may not be worried that he will be out of the Senate as that would afford him the opportunity to pursue his political agendas including the campaign for Buhari and his personal electoral plans, but he must realise that through his imprudent action, the entire Delta Central stands to lose its voice and representation in the Senate for 180 legislative days.

Beyond his just comeuppance in the hands of the National Assembly, the people of Delta Central should not hesitate to punish Omo-Agege for his act of indiscipline and indiscretion. No amount of chastisement should be considered too much for his misdemeanor. His people should, understandably, be pained that someone they sent to Abuja to represent them would abandon the communal mandate in service of some extraneous political, personal and pecuniary interests. Omo-Agege caved in under the weight of the tension of selfish goals and objectives to sully a good family name. It is really sad that a man who should be standing for his senatorial zone became a poster child of a splinter group in the Senate. The ball is in the court of Omo-Agege’s people to decide his political future in the hope that others would learn some practical and hard lessons about recompense for not remaining committed and steadfast to the original mandate and social contract.