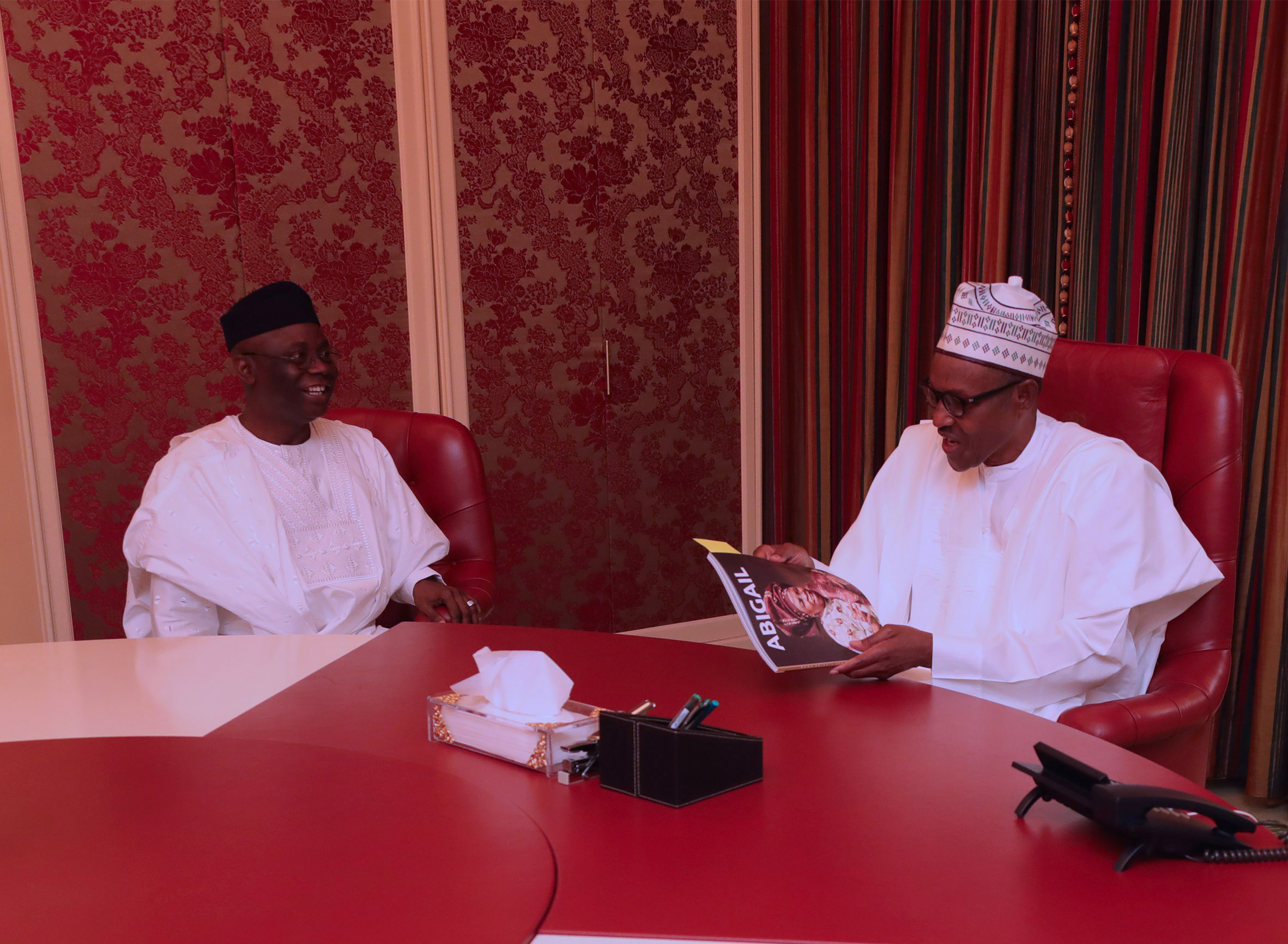 PRESIDENT BUHARI RECEIVES PASTOR TUNDE BAKARE 2. President Muhammadu Buhari receives Pastor Tunde Bakare as he thanks the President for his Condolence letter over the death of his late mother, Mama Abigail Eebudola Bakare at the State House in Abuja. PHOTO; SUNDAY AGHAEZE. JULY 13 2018
Special adviser to the president on Media, Femi Adesina on Friday denied reports that President Muhammadu Buhari met Pastor Tunde Bakare of Latter Rain Assembly and Minister of Finance, Mrs Kemi Adeosun, together at the State House.

” Far from the truth, Adesina said in a statement.

” The Minister was at the Presidential Villa in connection with the Annual General Meeting and 25th Anniversary Celebration of African Export-Import Bank (AFREXIMBANK) holding Saturday in Abuja, which would be graced by President Buhari.”

” She ran into Pastor Bakare, who was on a scheduled visit to see the President, and they exchanged pleasantries. The cleric particularly thanked the Minister for finding time to attend his mother’s funeral, which took place in Abeokuta, Ogun State, penultimate weekend.”

” Mrs Adeosun had seen President Buhari not fewer than three times earlier in the week, and did not need to meet with him again on Friday.

” This statement is to put events in proper perspective, and dispel all conjectures and fictive reporting, the statement concludes in what is seen as a move to distance the President from the minister’s travails and investigation over NYSC forgery allegations.

The Minister’s inability to offer a convincing explanation since the scandal broke out has fueled doubts about Adeosun’s leadership at the ministry of finance with Nigerians in their thousands asking the minister to resign.

Bakare together at the VillaPresidency denies report that Buhari met Adeosun