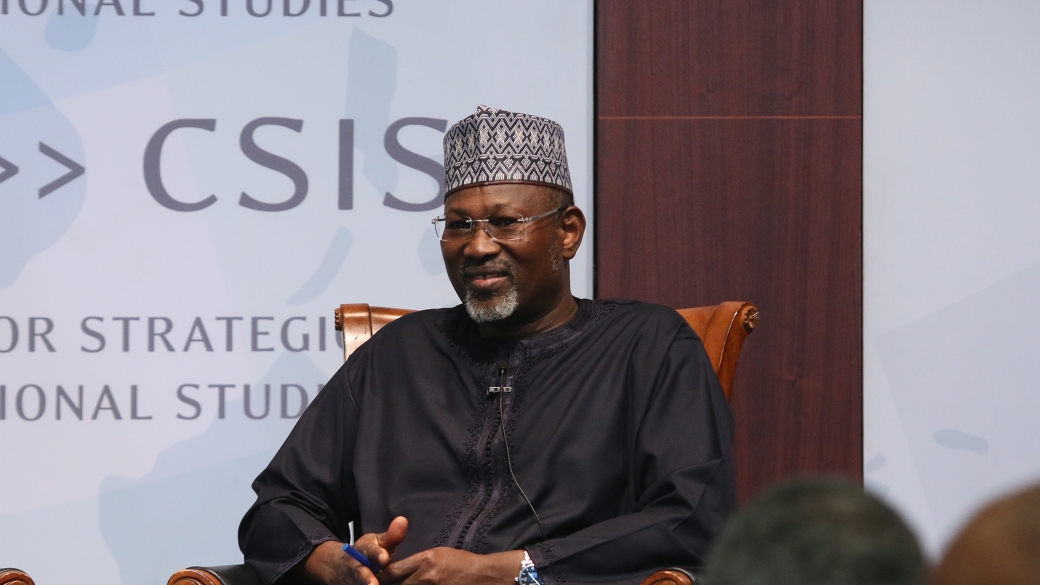 Former Chairman of the Independent National Electoral Commission, INEC, Prof. Attahiru Jega, has expressed concern over the flurry of upcoming elections in Nigeria, against a backdrop of rising danger signs.

Jega, also said he is increasingly worried about bribe taking in government especially at the National Assembly where he alleged that the committees were notorious for demanding bribe. He revealed that most Chief Executives like Vice Chancellor’s have horrible experience from Committee heads during over sight functions.

He said there is danger ahead if political parties cannot observe internal democracy and conduct peaceful congresses, he also lamented the increase in hate speeches by the political actors, opinion and religious leaders which he said were capable of sparking violence.

“The first thing to consider is a electoral violence and there is no better way to address this than what happened in recent party congresses and its potential danger.

“If political parties cannot organise their internal elections peacefully, how can they engage the other parties with civility in the general elections?

“It is important that we improve our systemic mechanisms of addressing violence and conflicts related to elections and in particular improving the score of internal democracy within political parties.“

He said some aspects of existing legal framework could have created constitutional crisis in 2015 if not for God’s intervention.

He cited an example of a constitutional provision that requires the electoral commission to conduct a runoff presidential election within seven days, saying it is impossible to meet that constitutional requirement.

“By the time the electoral commission announces result, it would have been two days and then if you take out those two days, you will be left with five days to prepare for the next runoff election.

“Meanwhile, after elections, INEC normally demobilises staff: security personnel etc and you cannot demobilize them and get them in polling unit within five days.

Jega also pointed out other aspects of the Electoral Act that he said were contradictory to party democracy.

He noted that while a section of the law recommended that political parties must conduct free and fair primaries, another section stipulated that whatever names of candidates the parties submit to the electoral commission cannot be rejected for any reason whatsoever.

“INEC is supposed to monitor party congresses. So, INEC has a list of those candidates that emerged at party primaries.

“But political parties have a penchant of hiding under Section 31 to send to INEC people who have not even participated in party primaries and I saw this happened in 2015.

Jega said, “INEC, by law has to be notified even if it read it in the newspapers. Even if it knows that has happened, unless the National Assembly has written to it to declare a vacancy, INEC will not conduct a bye-election.

“There were many cases that we knew before 2015 general elections, people who had defected and who should have lost their seats by virtue of defecting but the leadership of the National Assembly, advertently, vehemently refused to write to INEC.

“I appeared before the Ethics Committee, provided evidence that a senator had actually defected and by the provisions of the law, should lost his seat and that we wanted to be written so that we can conduct bye-election to replace him.

“That letter never came until I left office. That provision is still there and if we don’t address it, we will continue to carry the baggage of laws that can undermine the integrity of an election.

“So, it is very important to accelerate this process of having a new improved legal framework for INEC to be able to do its job because right now they are operating under serious pressure.

“Again, we should be mindful of the ECOWAS protocol that we have signed, which requires all signatories to ensure that any amendment to the electoral legal framework is concluded at least six months before a general elections.

“Ideally, it should be at least one year before general elections because that is how INEC will be able to put mechanisms in place in order to improve the process and enhance the chances of electoral integrity.”

He warned that security operatives should display professionalism and neutrality.

Jega said this in a lecture titled “Peace building and Good Governance for Sustainable Development in Nigeria” he delivered to mark the 2018 Democracy Day in Abuja.