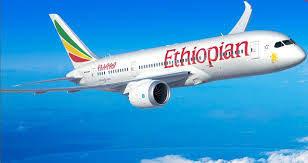 The African Union Commission chairperson, Moussa Faki Mahamat, has said that twenty-six African countries have so far committed to the establishment of the concept of a Single African Air Transport Market (SAATM).

He made the disclosure at a fourth ministerial working group on the operationalization of the SAATM. The meeting is taking place in the Togolese capital, Lome.

It has been five months since the A.U. officially launched the Single African Air Transport Market (SAATM) in a bid to primarily boost connectivity between African states.

Other considerations of the concept is to reduce fares and stimulate economic growth through air transport and tourism. SAATM forms part of A.U. reform package under the agenda 2063.

It took three decades since conception for the launch to take off in Addis Ababa after the 30th Summit of Heads of States and government summit in January 2018.

In unveiling the plaque back in january, Rwandan president who doubles as current A.U. president stressed the importance of the initiative in better integrating Africa and Africans.

“Today, we will launch the single African air transport market. This is a major step for transportation. We are nearly ready to adopt the continental free trade area,” Kagame said.

By setting this up, African nations hope to imitate and build on the single aviation markets in places like Europe and Latin America. The AU also hopes to encourage cross-border investment and innovation as well as improve business operations and efficiency.

Nigerian airlines under the aegis of Airline Operators of Nigeria appealed to the federal government not to go ahead with the full implementation of the policy. The operators said while the idea might be noble on paper, government should not lose sight of the facts and the dangers of the decision on the Nigerian economy and the future of the country’s youth.

AON chairman, Capt. Nogie Meggison, in a recent statement said, “We are concerned that the timing is not right, as there are several unresolved issues and challenges being faced by Nigerian aviation that will ultimately undermine the perceived gains of this treaty that might be an illusion for our beloved country.”

Meggison enumerated the challenges the Nigerian aviation faced, which would not allow the sector to benefit from the liberalised African airspace.

AU's Single African SkyNigeria
Share
Subscribe to our newsletter
Sign up here to get the latest news, updates and special offers delivered directly to your inbox.
You can unsubscribe at any time

Jega ‘worried’ about 2019 elections across Nigeria, says bribe – taking has increased in government

Buhari jokes about Orubebe, faults SGF for not inviting the former minister to Democracy Day event