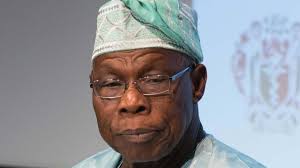 “One thing I always miss and remember is that my parents left this world too early, he said regrettably.

“The sacrifice they made, they did not wait to see the results. How I wish they had waited to see and eat fruits of their labour,’ the former president said.

“But going by what Yoruba believe and say, that the dead always watch over their beloved ones and see happenings around them, I am convinced that my parents are happy in their graves, as they watch over me,” he said.

There was no federal government presence at the event and President Buhari was also silent on Obasanjo’s 81st birthday with no official birthday wishes from the president as at 5pm Monday.