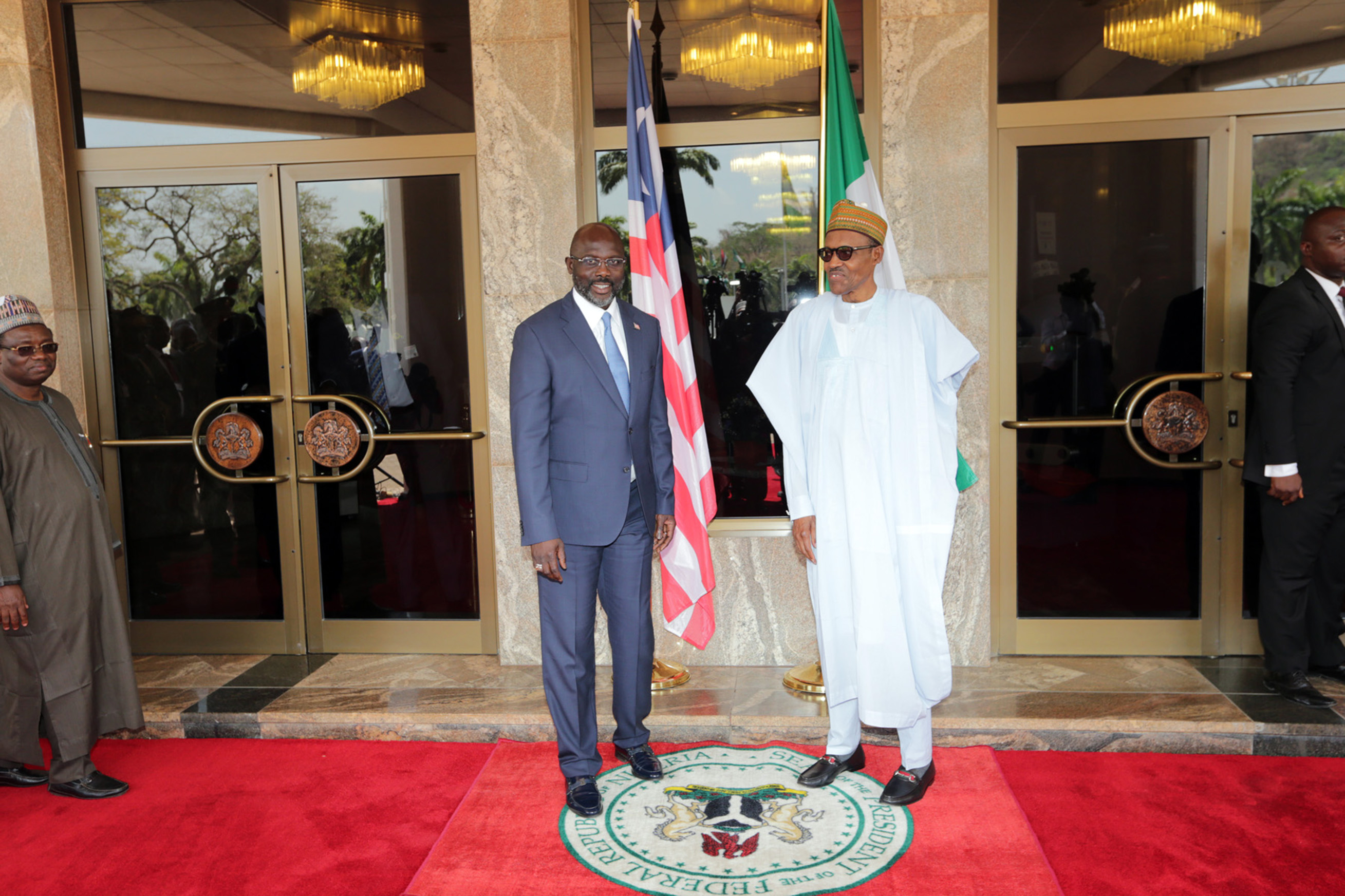 President George Weah of Liberia has described as too low, the current trade volume between both countries estimated to be at $5 million.

“Liberia is now open for business to the Nigerian private sector. There is a need to address the current volume of trade between our two countries, which is very low and does not exceed $5 million, by some estimates, he said in Abuja on Monday.

“Yet, the Liberian banking sector is dominated by Nigerian banks, and I am made to understand that their head offices in Nigeria may be considering reducing their support or even shutting them down because of the recent downturn in our economy. If this is true, l urge them not to do so, as l am optimistic that trade and commerce will increase in the near future.

“There are also major shortcomings in the electricity and power sectors, in road construction, in housing, in mining, and in fisheries, to name a few, that could be of serious interest to Nigerian investors, either as individuals or companies, or through joint-ventures or public-private partnerships.”

Weah, who spoke during a visit to President Muhammadu Buhari at the Presidential Villa, admitted that his country’s economy was dwindling but will need Nigeria’s private sector to remain afloat.

He also appealed to Nigerian banks thinking of closing shop in Liberia because of the dwindling economy, not to do so as his administration has plans to revamp the economy that  will benefit investors in the country.

The Liberian leader said his administration’s ‘Pro-Poor Development Agenda’, intends to tackle the many economic and social problems he  inherited, especially infrastructure deficits, youth unemployment, and reviving the education, agriculture, mining and health sectors, for which Nigeria’s assistance would be greatly appreciated.

“Your sustained technical assistance for capacity building in these sectors is most welcome. For example, Nigerian teachers and medical volunteers to Liberia, under the Technical Aid Corps (TAC) Agreement with Liberia, have been very crucial in boosting capacity development in Liberia, and it is my hope that this assistance can be considerably increased to address with urgency our most pressing socio-economic needs at this time.

“More specifically, under the Bilateral Teacher Exchange program, we are seeking 6,000-plus teachers to make up for the shortage of good teachers in our educational system.

“In agriculture, we are seeking experts and extension workers to build capacity in the sector, particularly with crops, (such as cassava, for example,) which lend themselves readily to value- added propositions and export earning potential”,  he said.

Weah thanked Nigeria for restoring peace to Liberia and helping reform Liberian military after the country’s civil war. He was equally appreciative that “although yours is the largest economy in Africa, with the most powerful army in our sub-region, you have never used your wealth and military prowess to expand your territory, threaten your neighbors, or de-stabilize any sovereign nation in the region.”

LiberiaNigeriaWeah
Share
Subscribe to our newsletter
Sign up here to get the latest news, updates and special offers delivered directly to your inbox.
You can unsubscribe at any time

My Biggest Regret In Life: Losing My Parents Early in Life, Says Obasanjo at 81