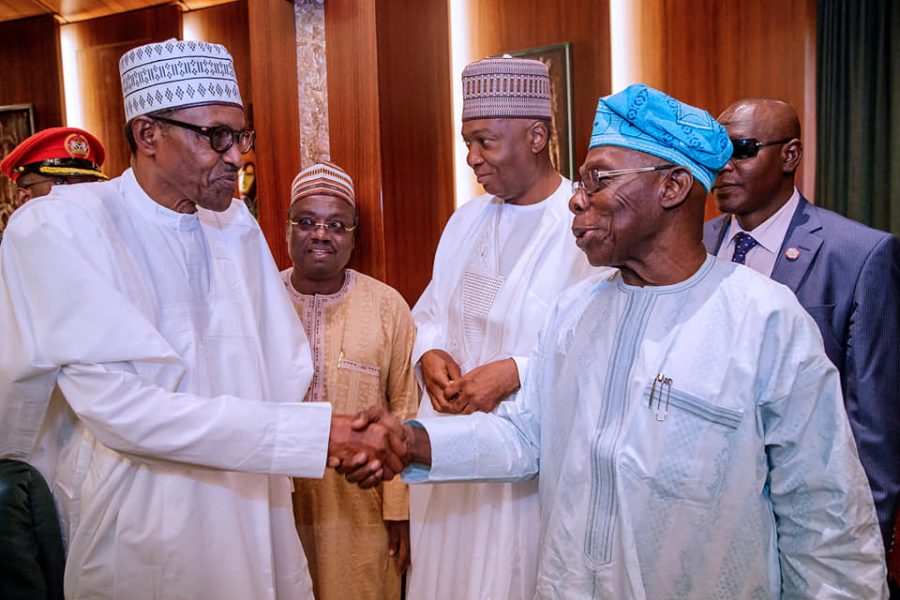 The meeting started after 11am shortly after President stepped into the council chambers.

The council comprises of past presidents and heads of state, Chief Justices of Nigeria, leadership of the National Assembly, state governors among others. 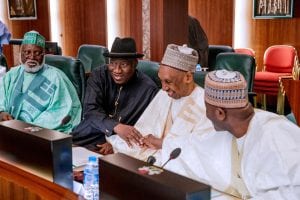 In a brief remark during the opening session, the Secretary to the Government of the Federations, Boss Mustapha said that the meeting will discuss five point agenda without providing details.

However, it was learnt that other issues likely to  form the crux of discussions at the meeting include the National minimum wage, and confirmation of the appointment of the acting Inspector General of Police, Mohammed Adamu.

The forthcoming general elections and security of the nation are also expected to engage the attention of the Council of State.

The last time the council of state held was 11 months ago, on February 22, 2018 to deliberate on Nigeria’s economy, security and 2019 elections.

The counsel also advises the President whenever requested to do so on the maintenance of public order within the Federation or any part thereof and on such other matters as the President may direct.

The meeting is still in progress.

Obasanjo
Share
Subscribe to our newsletter
Sign up here to get the latest news, updates and special offers delivered directly to your inbox.
You can unsubscribe at any time

How payment of $1.1 million to Republican lobbying firm got Atiku into U.S soil after 12 years