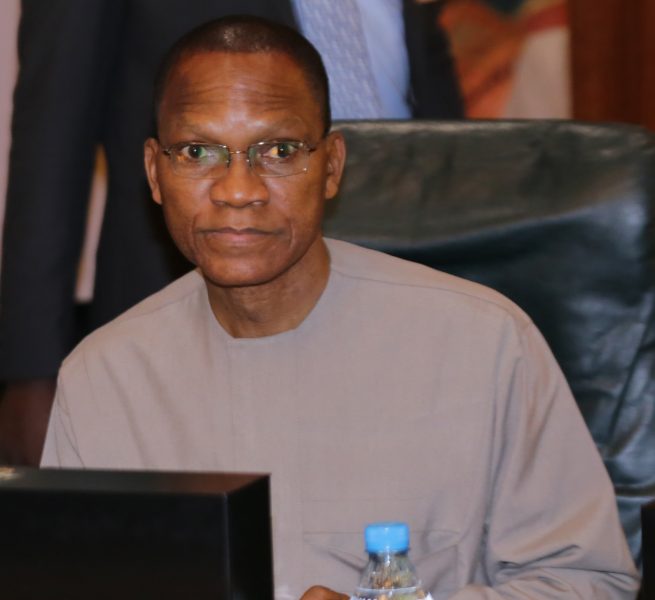 The immediate past Director General of Nigeria’s Debt Management Office, DMO, Dr. Abraham Nwankwo, on Monday said that 40 – 45 percent of funds meant for basic education in Nigeria have been misused.

” There is need to go beyond these set of process problems and recognize that there are overriding macroeconomic conditions, structural rather than process-derived, which have determined the fate of the sector, he said at a lecture with the theme: ‘A Frame Work for Sustainable Funding of Education in Nigeria’, hosted by Vice Chancellor of the Bayero University Kano, Prof. Muhammad Yahuza Bello.

At the lecture, Nwankwo identified ‘Weak Economy, Unreliable Funding Base, as some of the factors responsible for poor funding of education in the country.

“If an economy is not growing at a reasonably high and sustainable rate, relative to its population dynamics, it will not have the resources to fund a largely-social service sector such as education,” he added.

As a way forward to solving the challenges, the former DMO boss advised that the Nigerian government must “go beyond increasing budgetary allocations and other conventional (governance) problems” and rather “emphasize a framework which assures sustainability”.

Nwankwo said a good education should reflect the economic and social system, the level of development of the country, the degree of economic productivity and generation of surpluses that could be channeled to the social sector and development priorities.

He equally stated that the quality of the country’s economic management – in terms of technical competence, leadership sincerity and sufficient consensus around common national goals should all reflect in its education.

On the role the private sector can play to improve the country’s quality of education, the former DMO DG said the sector should accept responsibility for “entrepreneuring” and funding tertiary education.

He further said the private sector can play the role of “recognizing education as both a public good and a private good,” as this will determine what should be the appropriate degree of allocation of different levels of education funding between the sector and the public sector.

Nwakwo called on all stakeholders such as students, parents, teachers, trade unions, governments, amongst others to discard selfish and sectional interest in order to achieve a new sustainable paradigm.

Nwankwo has authored several books on Economics and Literature. He has also published articles in international journals and one of his book have been adapted into a movie, “TATU”.

DMOEducationNigeria
Share
Subscribe to our newsletter
Sign up here to get the latest news, updates and special offers delivered directly to your inbox.
You can unsubscribe at any time

My Biggest Regret In Life: Losing My Parents Early in Life, Says Obasanjo at 81