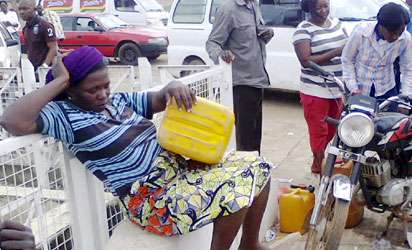 [dropcap]N[/dropcap]igeria, a nation rich in oil, is grappling with fuel shortage that has enveloped the entire country, including the capital, Abuja, and the whole South.

Portents of a shortage appeared in early December, when media outlets began reporting that petrol stations were experiencing trouble supplying customers with fuel.

“The country is going through a fuel apocalypse! How did we get to this point? We are an oil country with a fuel deficit! Who is responsible? Why don’t the people who brought us to this point just resign?” Mrs Yemisi Adewale, told Per Second News correspondent, unable to contain her anger. 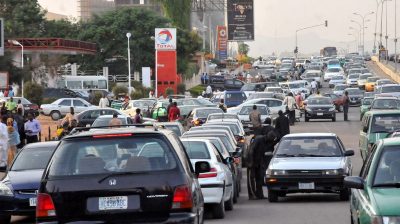 Similar expressions of rage can be heard at fuel stations all across the country, on social media and in commentary pieces on online publications. Some Facebook users have even broken the unspoken taboo of questioning the competence of President Muhammadu Buhari, and in highly abusive terms at that.

The minister of State petroleum and the NNPC has linked the deficit to hoarding by petroleum marketers.

A top ruling APC party analyst shared the minister’s  assessment, telling Per Second News that there were intermediaries on Nigeria’s fuel market who were hoarding products and closely controlling deliveries and prices. He said that the middlemen are, as a rule, closely connected to officials of the ministry and petroleum products agencies. 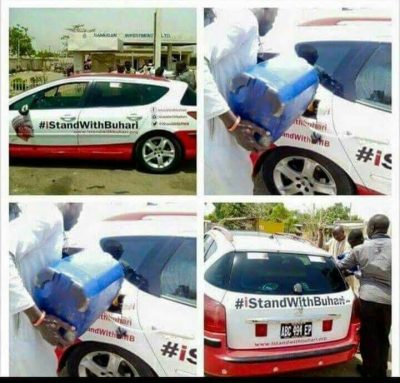 The response from the highest levels of government has been notably slow. Administration spokesperson curiously pinned the blame for the shortages on past administrations.

“This is very frustrating,” said Bala Ibrahim, a 39-year-old accountant. “Here I am on my lunch hour and I have to spend three hours in line to buy fuel for my car and generator.”

Motorists are now experiencing a fuel deficit crisis to be superseded by a rapid escalation in prices.

“I just bought 10 litres of PMS at N400 per litre (N4,000 in all) in order not to leave my car stranded on the road, said Dapo Falade, an editor with the Tribune Newspapers on his Facebook page.

” I bought petrol for N295 per liter now at Isolo, I was at the station for close to 6 hours, said a commercial driver. 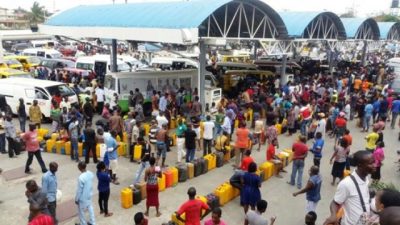 In a nation built on petroleum, where virtually all government revenue is derived from sale of the nation’s massive stores of oil and natural gas, citizens have spent the past three weeks in a rolling energy crisis.

Less than 48 hours to Christmas Day, the lines are not only growing longer but more violent, a sign of rising frustration, Said Amaka Dikko. She avoids going to the stations  because the “law of the jungle” is what prevails there. “Those who push, shove and punch take everything and leave nothing for the rest of us.”

The Buhari administration blames fuel middlemen for hoarding. Citizens blame the government for mismanagement and corruption that have engendered mistrust.

Whatever the reasons, the fuel woes underscore the difficulty Nigeria has faced in turning its vast natural resources into a source of prosperity.

Fuel ShortagesNigeria
Share
Subscribe to our newsletter
Sign up here to get the latest news, updates and special offers delivered directly to your inbox.
You can unsubscribe at any time