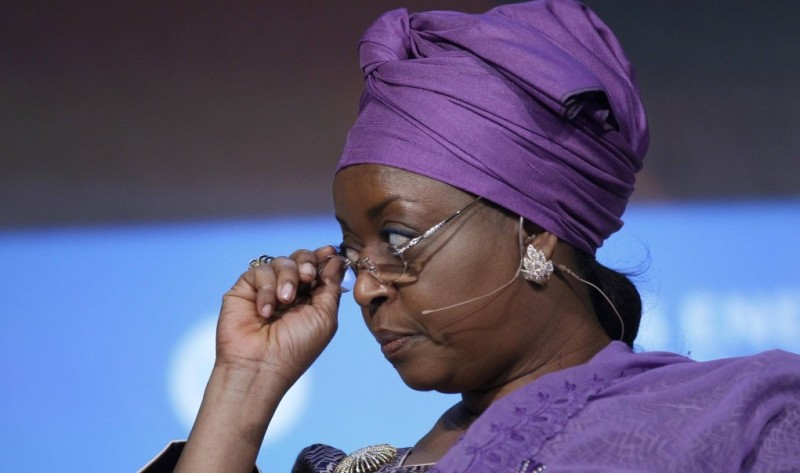 Since I read the exposé by the Economic and Financial Crimes Commission (EFCC) on the looted public funds that have so far been traced to the former minister of petroleum resources, Mrs Diezani Alison-Madueke, I have been beside myself. The Commission has advisedly used the words -so far – which means its investigation is still on and much more illicit funds and items of property procured with laundered money could still be traced and apprehended.

I have been optimistic that the anti-corruption agency is spot-on this time round on Diezani being the actual owner of the sums of money and items of property disclosed in a syndicated article by two staff members of its Public Affairs Directorate, Mr Tony Orilade and Aisha Gambari. On looking at the essential thread that runs through the property acquisition and money deposits, I was at great pains to doubt the Commission’s narratives. The modus operandi and modus vivendi of the acts appear the same.

Assuming arguendo, that only a half of the disclosed details of funds looted outright as well as money laundered was correct, Diezani would still have dazzled many of us. What the elegant Amazon has proved in very clear terms is that she can do better; and, has, in fact, done better than a vast majority of men whose preoccupation in public office is believed to be looting of public treasury and conversion of our commonwealth to private estates.

The Diezani persona that the EFCC has presented to the world has shattered the gender characterisation that has, in the annals of independent Nigeria, created a perception of men as being the only corrupt folks in public office. It is sad that the gorgeous Diezani is the one trapped in the centre of the melodrama of diverted public funds, which stench is upsetting the sensibilities of all Nigerians. I am sure that former president, Goodluck Jonathan, must have been terribly embarrassed by the emerging sleaze perpetrated by his petroleum minister.

The dimensions of the alleged looting alone are benumbing. What exactly was Diezani’s problem? Was she kleptomaniacal? Or was she keeping money in trust for some extended interests in government? Anyhow, something must be propelling her to acquire, almost ad-infinitum, what she would not have been able to finish spending in her entire life, even if she were to live for 100 years on earth and if she were to be spending extravagantly every day.

Let us envision that former President Jonathan had won the 2015 presidential election; Diezani would certainly have been retained. And for her, it would have been business as usual. I can imagine Diezani eventually becoming as rich as, or even richer than the state. But if, indeed, her hands have been caught in the cookie jar of these crimes, then I concur with the view expressed by some friends that she is nothing but a disgrace to womanhood.

Consider what N47.2 billion and $487.5 million (well over N120 billion) both in property and in cash, could do to the infrastructure development of our nation. She has reportedly forfeited a skyscraper in Banana Island Foreshore Estate, which value was put at $37.5 million. A Federal High Court, sitting in Lagos also ordered that the sums of $2,740,197.96 and N84, 537,840.70 realised as rents on the property be forfeited to the Federal Government. More details are coming up.

I imagine the other hidden funds yet to be discovered and I cannot help getting more and more flummoxed as to what point Diezani was trying to prove. Was she in competition with some persons in the cabinet of Jonathan or with some contemporaries in similar position in some oil-producing nations? What niche did she want to cut for herself? Did she want to become a super woman by appropriating to herself the funds that belong to all of us?

Was Diezani aiming to be richer than King Croesus, the last king of Lydia (c. 560-546 B.C.) who was so famously rich that his name became a byword for wealth in the expression “rich as Croesus”? Was Diezani planning to be the ultimate money-woman to whom all men and living beings must defer? Exactly what was Diezani up to? She has splashed the alleged “stolen” funds, with the sybaritic indulgence of Adnan Khashoggi, on exotic items of property and jewelry. Khashoggi, who died on June 6, this year, at 81 was a Saudi Arabian billionaire who lavished his wealth on exotic parties, estates, yachts, etc. In his heyday, he spent $250,000 a day to maintain his lifestyle.

Diezani has also reportedly kept the raw filthy lucre in some accounts traced to companies that allegedly have links to her, according to the EFCC. The Commission said that aside from jewelry and property, she has N23, 446,300,000 and $5milion (about N1.5billion) in various Nigerian banks. The Commission’s breezy narrative is widely published in the print and online media for citizens’ contemplation.

As for me, at what point did Diezani lose the good motherly nature that is purportedly innate in all women? Women have become the quintessential reference point in humility, discipline, integrity and accountability? Men have been known from the beginning of time to represent the good, the bad and the ugly of society, especially as far as public office is concerned. The narrative is fast changing and Diezani is presenting a bizarre comparative complexity.

Has the EFCC almost completely unraveled Diezani? Is there a correlation between the looted funds uncovered by the Commission and the allegedly missing $20 billion under her watch as petroleum minister? Did the diverted funds come from other sources outside the controversial $20 billion to which former Central bank governor and now emir of Kano, Sanusi Lamido Sanusi, drew public attention? There must be some nexuses at some points in time. We keep our fingers crossed. The Commission should also do well to disclose the sources of these Diezani’s heists.

Personally, there are no tears for Diezani for her overwhelming proclivity for the grotesque “looting” of our commonwealth and our patrimony. She has, no doubt, dazzled us. She should be given the opportunities to defend herself. Justice must be seen to be done so that equity can also dazzle her within the purview of the essential element of quid pro quo. Indeed, the entire episode is nauseating.

Mr Ojeifo contributed this piece from Abuja via ojwonderngr@yahoo.com

Diezani
Share
Subscribe to our newsletter
Sign up here to get the latest news, updates and special offers delivered directly to your inbox.
You can unsubscribe at any time

Mimiko: I have no hands in any anti-Buhari Protest