Ekiti 2018: The best candidate based on policies is still Bimbo Daramola- Ex-Lawmaker 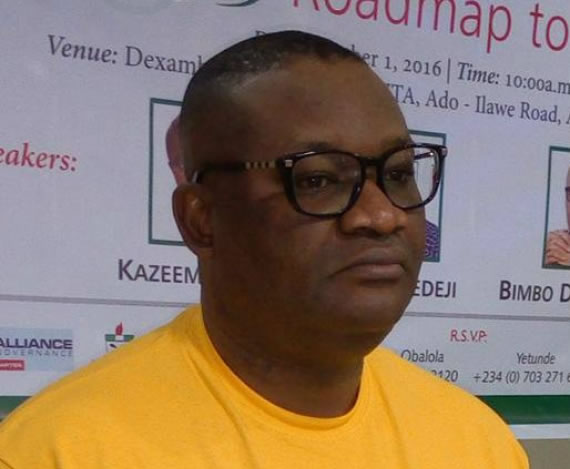 During a recent interview, Ex-Federal Lawmaker who represented Ife Federal Constituency at the House of Representatives, Hon Rotimi Makinde, said the best qualified candidate to be governor of Ekiti state, is Hon Bimbo Daramola.

“I can’t think of a better person to be governor of any state,” he said of Daramola, whom he praised as “the most able person I’ve ever met in public life” who possesses “tremendous empathy” for people.

“His House of Representatives record demonstrates his abiding concern for equality and fairness under the law.”

“Daramola’s exemplary record of service demonstrates that he is a protector of civil rights and defender of the people.”

He is superbly qualified by temperament, intellect, and experience, to serve as Ekiti’s chief executive.” 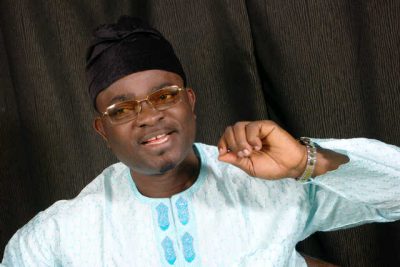 Makinde described Daramola as a man with bundle of knowledge who has deep and unique understanding of what Ekiti people need, especially the downtrodden.

”It is clear to everyone in Ekiti land that the ambition of Bimbo Daramola is not motivated by selfish interest. He is not aspiring to be Governor because of juicy positions to enrich his pocket. Politics is about nobility of character and I believe that no one can fault Bimbo Daramola on this. Bimbo is a man of integrity and he is hardworking.”

“Bimbo has been at the centre of APC struggles and progressive movement in Ekiti State and at different times risked his life and career for standing firm for truth, fairness and justice, he said.

Makinde, also revealed that he will mobilise support for his candidacy, while pleading with the principled people of Ekiti State not to waste their vote. Their votes must go for Bimbo Daramola, he pleaded. 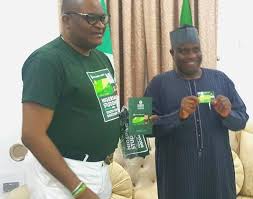 ”I have no doubt within me that Bimbo will emerge victorious at the APC primary. As a political stakeholder in my own right, suffices to say that the acceptability of the elections outcomes will go on to form part of the dossier of the current INEC leadership and will thus define the extent of trust Nigerians will have in the electoral umpire in the next election.

Daramola, during his term as a member of the House of Representatives donated a 32-bed ‘Joan Taiwo Daramola Memorial Hospital to his community, the facility is being run by the Ekiti State University Teaching Hospital (EKSUTH).

Buhari And The Marabouts By Reuben Abati

Interview: Women in Africa run greatest risk of being killed by intimate partner,…

Nigeria at 60: How I became an accidental Head of State at 31, Gowon reminisced

There is Significant Opportunity for Consolidation in Banking Sector –…

Despite Progress, Malaria Remains Major Threat in Nigeria – WHO Rep

I call myself the queen of collaboration, Oge Modie, Kachikwu’s Chief of Staff

Subscribe to our newsletter
Sign up here to get the latest news, updates and special offers delivered directly to your inbox.
You can unsubscribe at any time
More Stories
Oil & Gas

Interview: Women in Africa run greatest risk of being killed by…