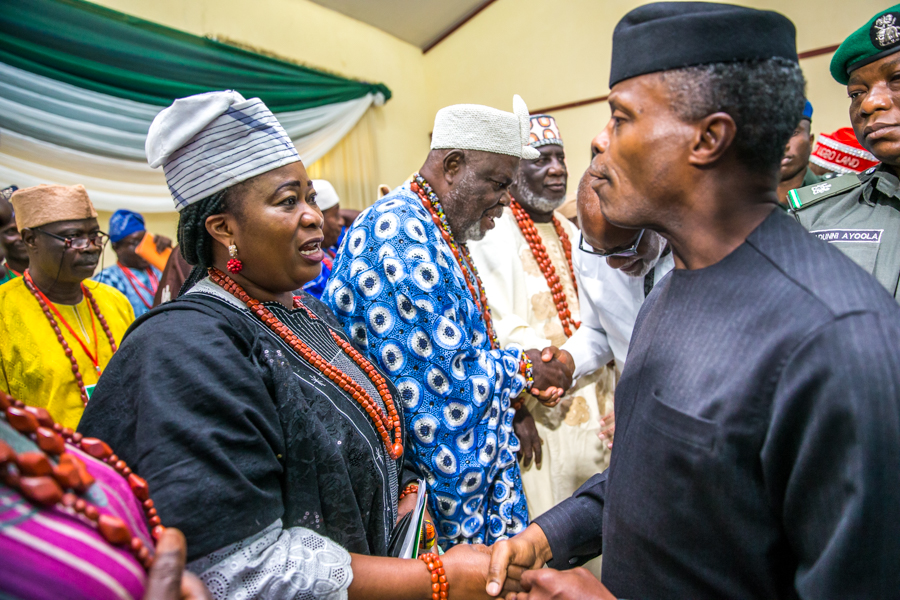 [dropcap]V[/dropcap]ice President Yemi Osinbajo has said that the Federal government  is doing well in  Niger-Delta and is making progress in its development roadmap for the region. Osinabajo in a media chat after a town-hall meeting in Ilaje LGA, Ondo State, revealed that contract to bring power to the riverine Ilaje area has been awarded. 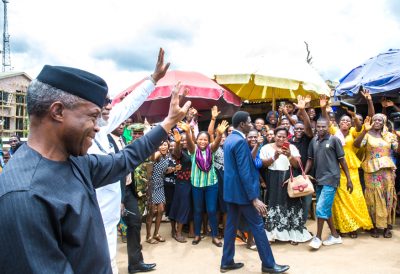 Question: What is the purpose of your visit to this place?

Osinbajo: As you know, this is the last of the oil producing communities that I have been visiting in the last few months. 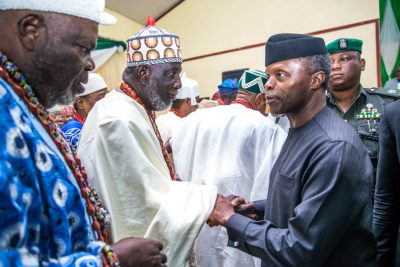 Question: Sir, how soon will all these things demanded by the people be implemented?

Osinbajo: Every one of them is being implemented and they are being implemented incrementally. For example we said we were going to open the Maritime University and we are opening in October.
We have said we are going to do modular refineries; we have released the guidelines and licenses are being issued. We are engaging with the communities, we are engaging with the state governments.

We have talked about getting power to Ilaje Local Government, the contract has been awarded, N600 million has been paid. This is a project that has been abandoned for over 10 years but we are doing it and ensuring that power comes to this Local Government Area and to this community.

So, everything is being done, it is incremental but we are taking them step by step. The Ogoni clean up as you know, has already started.