Six German government ministries initially rejected it on the grounds that COSCO, already the port's biggest customer, could get too much leverage. 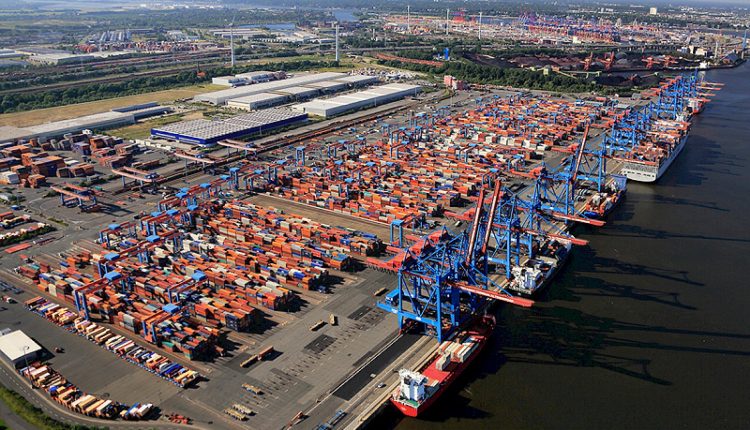 Germany has struck a compromise over a controversial move to allow a Chinese shipping group to buy a stake in a terminal at Hamburg Port, Persecondnews.com gathered Thursday.

Germany’s economic affairs ministry said the decision was made to prevent a “strategic investment” by COSCO in the terminal and “reduces the acquisition to a purely financial investment”.

The deal is contentious because, at a time when Germany is trying to wean itself off Russian energy imports, it is seen as increasing dependency on China.

The purchase could open up the possibility of Beijing politically instrumentalising part of Germany’s — and Europe’s — critical infrastructure.

On Wednesday, Germany’s government agreed to allow COSCO Shipping to acquire a stake of less than 25%, instead of the previously planned 35%.

Whether the Chinese company should be permitted to participate in the port’s ownership had produced a political dispute as Germany wrestled with the consequences of its dependence on Russian natural gas.

Six German government ministries initially rejected it on the grounds that COSCO, already the port’s biggest customer, could get too much leverage.

“The reason for the partial prohibition is the existence of a threat to public order and safety,” the economic affairs ministry said.

The one-quarter threshold cannot be exceeded in the future without a new investment review process, the German ministry said.

It added that COSCO is prohibited from contractually granting itself veto rights over strategic business or personnel decisions.

“Cooperation should be mutually beneficial,” Wang said. “We hope the relevant party will see practical cooperation between China and Germany in a rational manner and stop unwarrantedly hyping the issue.”

Scholz, who is set to travel to China early next month with a delegation of German business representatives, was in favour of COSCO’s participation in an HHLA deal, German media reported.

Foreign Minister Annalena Baerbock had argued that Berlin needed to avoid repeating with China the mistakes it made with Russia.

ChinaCOSCO ShippingGermanyHamburg port
Share
Subscribe to our newsletter
Sign up here to get the latest news, updates and special offers delivered directly to your inbox.
You can unsubscribe at any time

Dubai shuttles: Atiku hits back at Tinubu, says his health, early life are all shrouded in secrecy