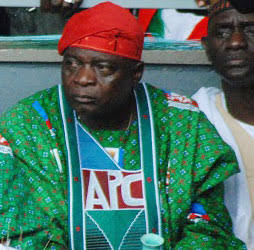 Contrary to public perception of an incorruptible and transparent political leader, Chief Bisi Akande, a one-time governor of Osun State, actually extorted a government contractor to fund his failed re-election bid in 2003.

In the twilight of his administration, Akande collected part of the money paid to the contractor building Governor’s office to finance his re-election bid.

A former Governor of the state, Prince Olagunsoye Oyinlola, made the assertion in a statement while reacting to Akande’s claims in his recently launched autobiography, “My Participations’’.

Persecondnews.com recalls that President Muhammadu Buhari had last week launched the book by Akande in Lagos with the erstwhile Interim National Chairman of the All Progressives Congress (APC) throwing tantrums at ex-President Olusegun Obasanjo, Afenifere leader, nonagenarian Chief Ayo Adebanjo and others.

“Chief Akande said I wrongly accused him of corruption in the construction of the Governor’s Office (Bola Ige House). I did not level any false charges against him. I came into office in May 2003 and discovered that the Governor’s Office complex which Akande commissioned for use after he lost the election was really not completed.

“The state government asked the contractor to come back to site and complete the works, more so when evidence in government accounts showed that he had been paid. But the project consultant shocked everyone with his claim that part of the payment was taken back to finance the 2003 re-election bid of Chief Akande.

“The consultant said the contractor could not go back to work unless he was paid his full dues. One of Akande’s own appointees confessed collecting money from this contractor for Akande’s re-election. I consulted Chief Akande on this. He denied having any deal with the contractor and the consultant.

“Some people were subsequently taken to court on a seven-count criminal charge. Stakeholders in the state and Alhaji Arisekola Alao later intervened. I have the details of who collected how much in my forthcoming book,’’ Oyinlola, also ex-military administrator of Lagos State posited.

He said:“I have just read a part of the recently released autobiography of my predecessor as governor of Osun State, Chief Bisi Akande, which concerns me. He levelled some allegations against me and also made certain allusions and insinuations. My forthcoming autobiography has already taken care of all the issues.

“Notwithstanding that, however, I have the following preliminary replies to some of the issues he raised where he mentioned my name. This is for the benefit of Nigerians who may be interested in hearing my own immediate side of the story.’’

He said Akande made full advance payment of N800 million on new Government House in Osogbo against contract award procedure few days to the end of his administration.

“Chief Akande wrote on the Government House that he wanted to build on a site on Ilesa road in Osogbo which I stopped. I found it strange that Chief Akande who boasted that he was prudent and honest as governor, awarded the construction of a Government House in his last days in office, after he lost the election, and in advance, paid the contractors the entire contract sum of N800million.

“Chief Akande confirmed this strange payment on page 393 of his book. This was a man who said there was no money to pay workers and pensioners but he had enough to pay a contractor in advance for a government house after losing his re-election. In any case, the state already had an ongoing Government House started by the military government which Akande refused to complete.

“I completed the project and added chalets plus a presidential lodge. Everything was completed and commissioned within my first year in office. The state has continued to use the structures till date. Akande, in his book, condemned my decision to opt for that project instead of his own idea. Further details on this are in my forthcoming book.’’

On the claim that the 2003 governorship election in the state was rigged in his favour, Oyinlola described it as a lie, saying the truth is known to everybody in the state that Akande lost the state shortly after he took over in 1999 and started fighting everyone in the state.

“He sacked thousands of workers and did not pay their entitlements. In some instances, the retrenched persons included husband, wife and children. He owed those who were not sacked months of unpaid salaries which I inherited and paid. He deducted 20 percent of workers salaries to fund his projects.

“He fought obas, chiefs and religious groups and leaders. He sacked the press from government activities, blocked the only access road to NTA Osogbo and locked the gate of the Government House against even press correspondents in the state. He had no word of succor for his victims.

“These were the ingredients that cooked his defeat in 2003. But it is convenient for him to blame his defeat on everyone else apart from himself. I defeated him comprehensively in all local governments in the state apart from his home council area. Again, the details are in my forthcoming book,’’ the Okuku prince clarified.

“Finally, I take responsibility for every action I took as governor. Chief Akande said I apologized to him for my actions as governor. That is not true. As governor, I feared only God and was nobody’s errand boy.

“I say so because I noticed that Chief Akande repeatedly blamed President Olusegun Obasanjo for the steps I took which he didn’t like. Ironically, Chief Bisi Akande was President Obasanjo’s favorite and the president always said this to those of us in his party.

“The saying that came to my mind when I read Chief Akande’s attacks on Obasanjo is “Eni a fe l’a mo, a o mo eni to fe ni (We only know those we love, we do not know those who love us).’’ 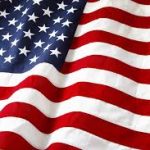 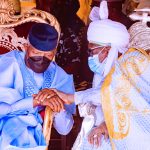