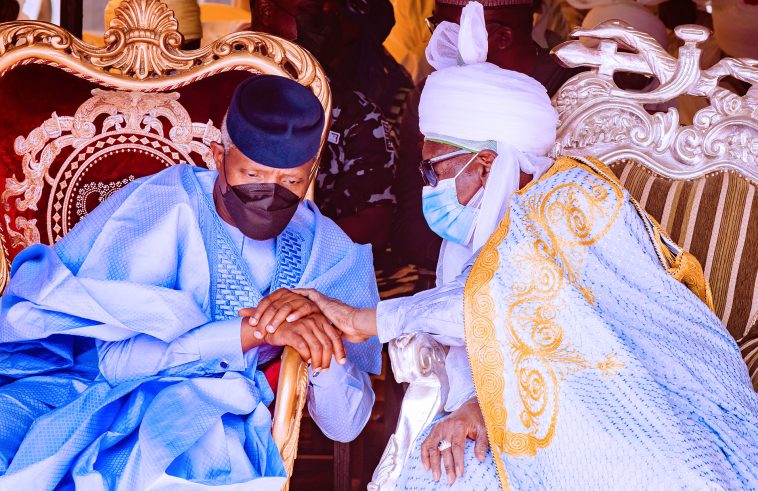 Under the atmosphere of conviviality and revelry at the turbaning of President Muhammadu Buhari’s son, Yusuf, in Daura, Katsina State,

Osinbajo, who presided at the occasion, got a very warm welcome as Yusuf Buhari was turbaned as the Talban Daura, a District Head chieftaincy at the President’s hometown.

Persecondnews reports that Umar, who performed the installation, showered praises on Prof. Osinbajo to the delight of guests at the well-attended event.

He said: “We extend our appreciation to His Excellency, the representative of the President. He the VP is a nobleman who keeps his promises and a trustworthy person who has so much patience and knows what to do at any given time.”

Speaking further, the Emir said he was referring to the VP who “is sitting next to me, He is a very good man, He is my favorite person but I always forget how to pronounce his name properly. He is a very nice person”.

After the successful turbaning of Yusuf, the Emir said:“His installation is a gesture of goodwill to President Muhammadu Buhari. The Emirate has decided to give His Excellency Muhammadu Buhari a token of appreciation from his hometown.

“Though we know that because of his age he cannot come home and take up a traditional tittle, therefore we asked him to give us his son so that we can install him as a District Head in a portion that we all agreed to demarcate to give him as a district head and ruler.

“Bear me witness my fellow rulers. It is that we don’t give tittles to anyone because of fear or anything, we give tittle to someone who will help the emir and help him cater for the ordinary people in his heart.” 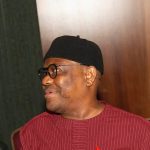