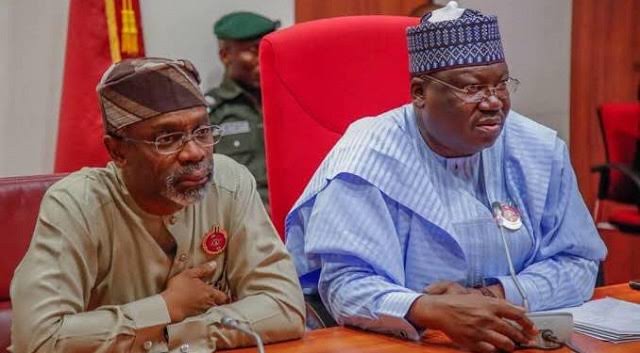 “Any failure to promptly, thoroughly and independently investigate these serious allegations, prosecute suspected perpetrators, and recover missing public funds and assets would undermine public trust in the ability of the leadership of the National Assembly to ensure probity, transparency and accountability in the management of public funds”

Rising to its mandate again, the Socio-Economic Rights and Accountability Project (SERAP) has asked the leadership of the National Assembly to direct appropriate anti-corruption agencies to investigate the “missing” N4.4 billion from its coffers.

It wants an investigation into the “missing, misappropriated, diverted or stolen funds” as documented in three audited reports by the Office of the Auditor-General of the Federation.

An open letter dated January 30, 2021 and signed by SERAP Deputy Director, Mr Kolawole Oluwadare, was addressed to the Senate President, Dr Ahmad Lawan, and Speaker of House of Representatives, Mr Femi Gbajabiamila and made available to Persecondnews.

“By exercising strong and effective leadership in this matter, the National Assembly can show Nigerians that the legislative body is a proper and accountable watchdog that represents and protects the public interest, and is able to hold both itself and the government of President Muhammadu Buhari to account in the management of public resources.

“If not satisfactorily addressed, these allegations would also undermine public confidence in the ability of the National Assembly to exercise its constitutional and oversight responsibilities to prevent and combat corruption, and to ensure the public interest, transparency and accountability in the management of public resources.

“These allegations of corruption, mismanagement and misappropriation of public funds amount to fundamental breaches of the Nigerian Constitution of 1999 [as amended] and the country’s international obligations, including under the UN Convention against Corruption and the African Union Convention on Preventing and Combating Corruption.”

“Any failure to promptly, thoroughly and independently investigate these serious allegations, prosecute suspected perpetrators, and recover missing public funds and assets would undermine public trust in the ability of the leadership of the National Assembly to ensure probity, transparency and accountability in the management of public funds.

“The Auditor-General noted in his 2015 report that the National Assembly account was spent N8,800,000.00 as unauthorised overdraft, contrary to Financial Regulations 710.

“The Senate reportedly spent N186,866,183.42 to organise Senate Retreat and Pre-Valedictory Session for the 7th Senate, although the money was meant to pay vehicle loan. The Senate also reportedly spent N15,964,193.63 as bank charges between July and December, 2015, contrary to Financial Regulations 734.

“The House of Representatives also reportedly spent N624,377,503.30 to buy 48 Utility Vehicles. However, 14 vehicles were not supplied. The House also failed to make the 34 vehicles supplied available for verification. Similarly, the House spent N499,666,666.00 as cash advances to staff to carry out various assignments but has failed to retire the money,” SERAP stated.

It also provides other details:”The House of Representatives also reportedly paid N70,560,000.00 as overtime and ‘special’ allowances to officials who are not legislative aides between November and December 2015 without any authority.”

“The National Assembly Service Commission reportedly failed to remit N30,130,794.10 deducted from the salaries of the Executive Chairman and the Commissioners as car loan.”/

“The National Assembly Budget and Research Office reportedly spent N66,303,411.70 as out-of-pocket expenses without any documents. The National Institute for Legislative and Democratic Studies paid N246,256,060.51 by cheques, despite the prohibition of payments by cheque by the Federal Government, except in extreme cases, and contrary to Financial Regulation 631.

“According to the Auditor-General Report for 2017, the House of Representatives reportedly spent ₦95,212,250.00 without due process and without any documents. The National Assembly Management Account also reveals that N673,081,242.14 was spent between April and October 2017 without any documents. The Auditor-General reported that the funds may have been misappropriated.

“The Senate Account also reportedly shows that ₦1,364,816,397.95 was spent on store items without any documents to show for the spending. The Auditor-General stated that his office was denied access to the store and to the Senate’s records.

“The National Institute for Legislative and Democratic Studies also reportedly failed to remit ₦2,181,696.50 from contract of goods and services. The Institute also paid ₦67,296,478.00 without any payment vouchers.

“We would be grateful if you would indicate the measures being taken to address the allegations and to implement the proposed recommendations, within 14 days of the receipt and/or publication of this letter.

” If we have not heard from you by then, SERAP shall take all appropriate legal actions to compel the leadership of the National Assembly to implement these recommendations in the public interest, and to promote transparency and accountability in the National Assembly.”

“The Auditor-General also noted in his 2018 report that the National Institute for Legislative and Democratic Studies failed to remit N577,634,638,20 due from contracts and supplies, even though the deductions were made.”

” However, the Institute claimed that it was the National Assembly that was required to remit the money, as it is the body that maintains the account on behalf of the Institute.

“Our requests are brought in the public interest, and in keeping with the requirements of the Nigerian Constitution 1999 [as amended], the country’s international obligations including under the UN Convention against Corruption and the African Union Convention on Preventing and Combating Corruption. Nigeria has ratified both treaties,” SERAP said. 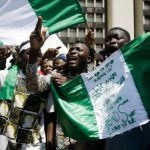 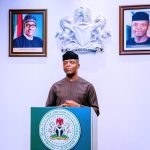