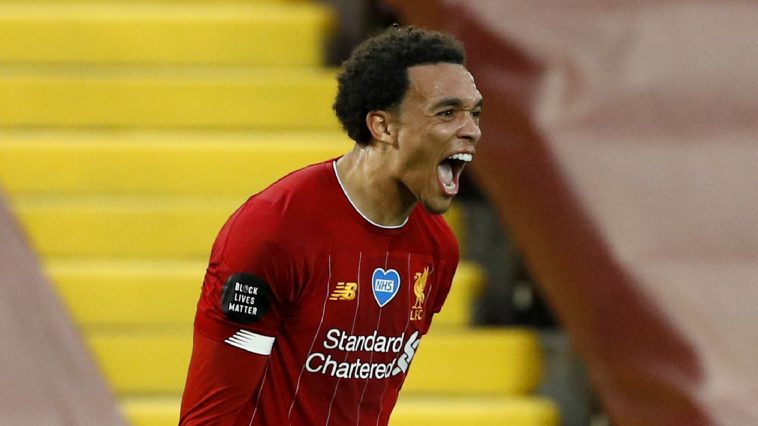 LIVERPOOL, ENGLAND - JULY 22: Trent Alexander-Arnold of Liverpool celebrates after scoring his team's second goal during the Premier League match between Liverpool FC and Chelsea FC at Anfield on July 22, 2020 in Liverpool, England. Football Stadiums around Europe remain empty due to the Coronavirus Pandemic as Government social distancing laws prohibit fans inside venues resulting in all fixtures being played behind closed doors. (Photo by Phil Noble/Pool via Getty Images)

Trent Alexander-Arnold was named Premier League young player of the season for 2019/20 on Friday.

He claimed the award after playing an important role in Liverpool’s league win.

Alexander-Arnold, who was also nominated for the league’s Player of the Season honour, broke his own record for assists by a defender in a single season with 13.

The 21-year-old produced 13 assists in 2019/20 and also netted four goals to help Jurgen Klopp’s Reds become champions with a club-record points haul of 99. 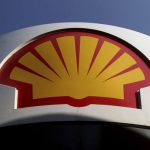 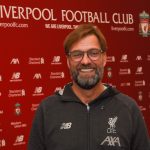