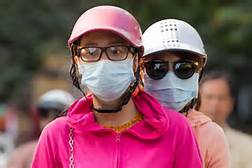 Passengers  arriving Nigerian airports will undergo enhanced health screenings out of concern over a new coronavirus that has killed two people in Asia, the Federal Airports Authority of Nigeria said Wednesday.

In an effort to protect passengers from the epidemic ravaging some countries and to prevent the spread of such communicable diseases into Nigeria,  FAAN advises passengers to submit themselves for routine quarantine checks whenever they are asked to, says Henrietta Yakubu (Mrs.) General Manager, Corporate Affairs FAAN.

Recently, a deadly virus known as CORONAVIRUS broke out in China and has since killed six people, with over 300 also reported to have been infected. The virus is highly communicable and has already spread to boarder countries like Japan, Thailand and South Korea.

” The Authority, in collaboration with the Federal Ministry of Health, have confirmed the adequacy of the facilities at the nation’s airports to prevent the importation of the virus through the airports.

What are the symptoms of the new coronavirus?

According to the WHO, the new virus causes a fever, fatigue, sore throat and dry cough in the early stages of the disease. As the illness progresses, patients may experience difficulty breathing.

But these symptoms – similar to many other respiratory diseases – are what make it so difficult to control.

The virus was initially described by Chinese authorities as a new strain of pneumonia, but was later confirmed to be a novel coronavirus.

How are coronaviruses transmitted?

Like other coronaviruses – such as the common cold – the virus is spread via droplets when a person coughs or sneezes.

It can also be spread when someone touches a contaminated surface such as a door handle.

Hospitals are also a key place for viruses to spread. When patients arrive in hospital with vague respiratory symptoms health workers may not know they need to take special precautions such as wearing masks. Other patients may also be at risk.

The outbreak is thought to have originated in a seafood market in Wuhan which also traded in other animals such as marmots and bats.

But what animal the disease originally came from is still unknown, as is how easily the disease spreads between people. WHO and the Chinese authorities initially said there was “limited” human-to-human transmission but the pace of the outbreak would suggest that it spreads more easily than first thought.

Can the new coronavirus be treated?

There are no specific treatments for coronaviruses – just as there is no treatment for the common cold. Anyone with a severe form of the disease will receive antiviral medicine and support for symptoms.

Patients may need ventilation to assist breathing as well as support for their vital organs.

CORONAVIRUSNigeriaVirus
Share
Subscribe to our newsletter
Sign up here to get the latest news, updates and special offers delivered directly to your inbox.
You can unsubscribe at any time

What VP Osinbajo Said on The ‘Senseless’ Killing of CAN Leader

Amotekun: After weeks of brickbats, Tinubu calls for truce between Justice Minister and Southwest governors