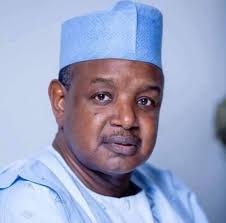 Governors on the platform of the All Progressives Congress (APC) in Nigeria, have condemned the call for revolution saying it is unpatriotic.

Responding to questions from newsmen on the #RevolutionNow protests, which held in some parts of the country on Monday, the Chairman of the APC Governors Forum and governor of Kebbi state, Atiku Bagudu, said “rather than engage in a revolution march, those behind the call should have waited for the next general elections to express their grievances through the ballot boxes.”

According to Bagudu, the protesters should on the alternative make their grievances known to their representatives, either in the state or National Assemblies, who will in turn channel same to the appropriate authorities.

He stated: “Any call for disorder in a democratic setting is condemnable because the democracy, as the saying goes, is not the best form of government but it is the best that we have, because it gives opportunity periodically for the electorates to exercise their mandate in affirming or rejecting leaders.

“We have just come through a general election in March this year, where Nigerians embraced the leadership of President Muhammadu Buhari, and he has been elected for a second term with a little more votes than they have in 2015.”

The governor also insisted that President Muhammadu Buhari’s administration has done well in terms of managing the nation’s economy, through the global recession even when the price of crude was at its lowest in the international market.

He noted that even though the challenge of Boko Haram had been curtailed, there are still pockets of other crimes in the country occasioned by the the limitation of the nation’s economy.

The publisher of Sahara Reporters, who was also the presidential candidate of the African Action Congress in the February 2019 General Election, Omoyele Sowore, had called for the #RevolutionNow protest, in what he described as a protest against bad governance in the country.

Also, speaking on the controversies that surrounded the suspended Ruga policy, Bagudu said “The federal government did not request any state to provide land for Ruga, I am not aware of it.

“The federal government requested states that have Fulani settlements, like Kebbi, to indicate how much support they want so that we can have more hospital, water, veterinary services, school in those places.” 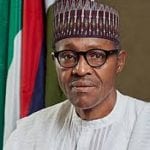 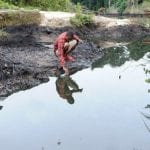