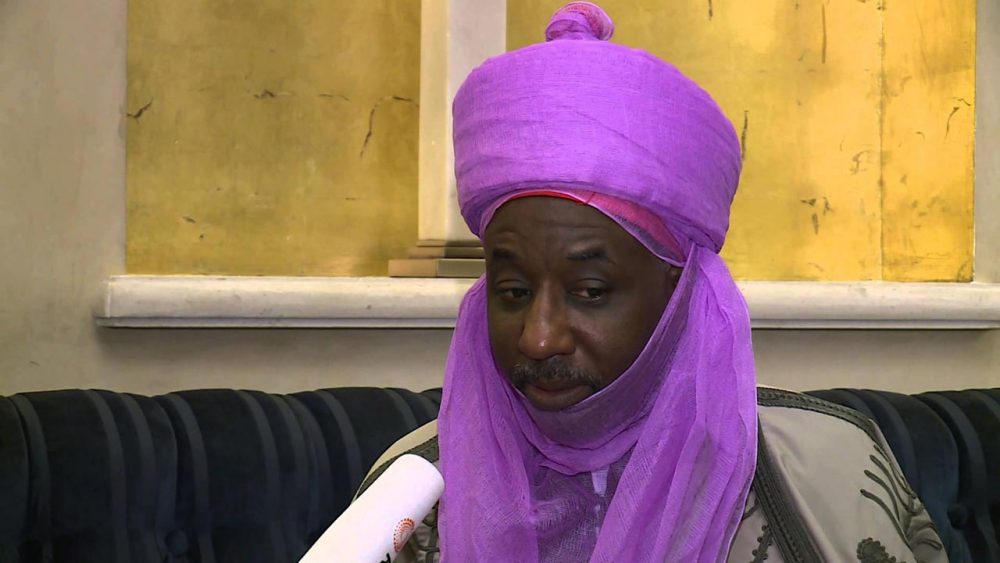 The government of Kano together with a band of religious leaders and some political elders meeting in the ancient city have resolved to depose Muhammadu Sanusi ll, as Emir of Kano, an official disclosed today under the condition of anonymity.

The official said in a tele­phone message that the Emir was confronted by some of his ac­tions which includes allegation of misappropriating the Emirate Council’s N3.4 billion.

“The governor has been under great pressure for the last six months and will find it difficult to de­cline now,” the official added.

Governor Ganduje Thursday cancelled an annual city parade by the emir in a move targeted at Emir Sanusi.

The procession in the northern town of Kano, a symbolic march celebrating the power of the monarch, held to mark the end of the Muslim month of Ramadan, had been due to take place on Thursday.

The traditional march usually sees the emir pay tribute to the governor while on horseback.

It also includes a tour of the city with residents lining the streets, beating drums, playing drums and firing muskets.

Emir Sanusi II is the grandson of Muhammadu Sanusi I, the 11th emir of Kano who was deposed in 1963 after a disagreement with Ahmadu Bello, the sardauna of Sokoto and premier of northern area on the time.

Emir Sanusi llGandujeKano
Share
Subscribe to our newsletter
Sign up here to get the latest news, updates and special offers delivered directly to your inbox.
You can unsubscribe at any time

UN Says About 25% of Ebola Cases Could be Going Undetected