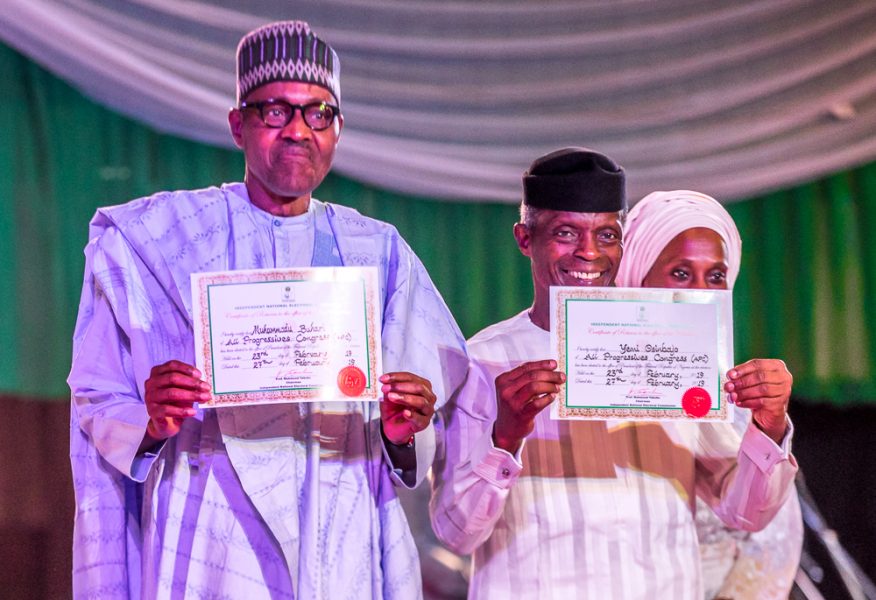 Share
President Muhammadu Buhari has again heaped praise on Vice President Yemi Osinbajo, SAN, for his competence, dedication and service to the nation.

Buhari during a special occasion to mark the Id El-Fitr celebrations at the State House Banquet Hall, Abuja, broke primary silence to praise the VP for his competence, loyalty and service.

The statement showed the deep, personal bond the two leaders formed during the past four years together in the Villa. “I am very pleased because he is such a competent lawyer, and he has some experience. So I am exploiting his very fervent constituency through him to see us through in the many complex  (things) in the Presidency.”

“After the Vice President’s speech, I won’t have much to say. In a way, you must understand his difficult position. As constitutionally the number two man of the country, he is always being seen but not being heard.

On special opportunities, he appeals to you because he knows what he is going through, very quietly and very competently”

Noting that Vice President Osinbajo connects with all Nigerians, President Buhari said the VP helps in sorting out complex things in the Presidency.

Buhari said Vice President Osinbajo had made the presidency better in large part because of his ability to give him unvarnished advice about some of the biggest decisions he’s had to make.

The president also touched on the lighter moments of their time in office during the first term.

It would be recalled that President Buhari praised the VP a few weeks ago for the impact of the administration’s National Social Investment Programmes (N-SIP), which is supervised by the Vice President.

BuhariVP Osinbajo
Share
Subscribe to our newsletter
Sign up here to get the latest news, updates and special offers delivered directly to your inbox.
You can unsubscribe at any time

Open Defecation: A Tale of Two Communities in Kano State