Open Defecation: A Tale of Two Communities in Kano State 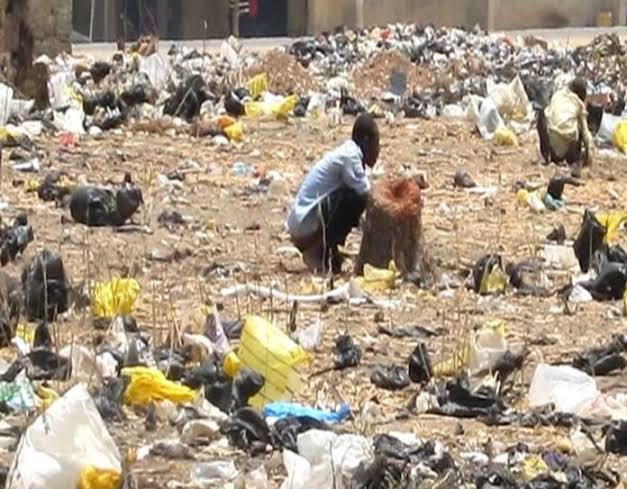 Walking around the community, you can’t help but notice small fenced spaces built with mud blocks and dried palm fronds, in each household. Inside these fenced spaces are pit toilets. Few steps away from the toilets are tippy taps, that each household use to wash their hands after using the toilet.

Tippy tap is an improvisation with sticks and plastic water bottles, designed to provide running water for hand-washing. Here is how it works; a plastic container, with a small hole close to the cap is filled with water, tied with ropes and suspended on sticks. This string is used to tip the tippy-tap over so that water comes out through the small punctured hole. It is operated by a foot lever in order to reduce the chance of bacteria transmission, as the user touches only the soap that hangs on a string beside the tippy-tap.

The community abandoned the old tradition of defecating in the open or bush. This gained the recently certification among the Open Defecation Free (ODF) communities in Nigeria.

Narrating their ordeal before the certification, a resident of the community Ibrahim Inusa said, “In the past, we used to defecate openly due to ignorance as very few people had toilets. But, the story has changed today, because almost every household in this community has a toilet.

“There were also frequent cases of disease outbreak like cholera, diarrhea and others before the intervention by UNICEF but for quite a long time now, we have not had cases of such outbreaks, since we ensure that WASH-education we received is put into practice”.

In a bid to ensure sustainability of ODF certification of the community, its leaders made open defecation a crime punishable by monetary fines, and also took a step further to set up a monitoring committee to enforce strict adherence.

The village head, Malam Rabi’u Usman, disclosed to journalists during a recent visit to the community, organised by the United Nations Children’s Fund (UNICEF), in collaboration with the European Union as part of activities to promote the ‘Clean Nigeria: Use the toilet’ campaign,’ that they impose fines on anybody found defecating openly.

“Any member of the community caught violating the order would be made to pay a fine between N2,000 and N3,000 to serve as deterrent to others.

“Offenders who are adults are forced to pay a fine of N3, 000 while youths will pay N2, 000 in addition to evacuating the faeces to a nearby toilet”.

According to him, the community conducts daily inspection patrol of the surroundings to ensure that no one contravenes the order against open dedication.

“So far, we have not caught anyone or had cause to impose the fines, as nobody has been found indulging in the act,” he added.

Usman advised other communities to embrace the measure, as it would go a long way in curtailing the scourge of open defecation and improve the hygiene and general health status of residents. 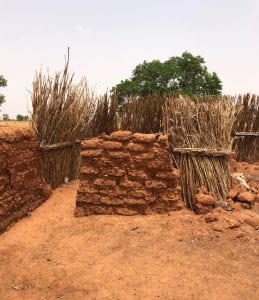 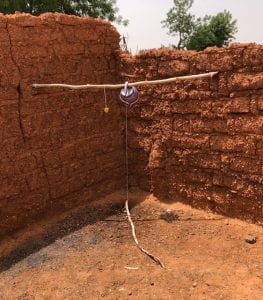 Conversely, less than 2km away from Yammawar Kafawa, is Jedawa where community members still indulge in the practice of open defecation. Jedawa is another a small Fulani settlement , also located in Dambatta Local Government Area of Kano State.

Speaking on the practice of open defecation in the community, is a 40-year-old farmer, Ibrahim Haruna. He has three wives and 10 children.

According to Ibrahim, it feels more comfortable defecating in the open, than using the toilet.

“I go to the bush at night or whenever I’m pressed, to defecate. Whenever I finish, I use leaves or stick to clean up. If I get water when I come back, I wash my hands, but if I don’t, I just forget about washing my hands,” he narrated.

Haruna further explains that he would love to build a toilet for his household, but bemoaned the cost of buying building materials like stone, cement among others items, which he says are expensive.

“I will like to build toilets for my family, but it is very expensive. To build a good toilet, I’ll spend not less than N20,000, and I cannot afford such amount of money,” he added. 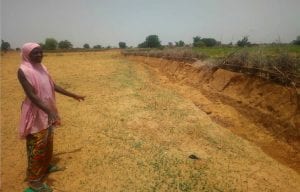 In November 2018, President Muhammadu Buhari declared a state of emergency in the Water, Sanitation and Hygiene (WASH) sector.

He reaffirmed Nigeria’s commitment to eliminating Open Defecation (OD) by the 2025.

According to UNICEF, Water Sanitation And Hygiene (WASH) specialist, Bioye Ogunjobi, 47 million Nigerians still indulge in Open Defecation (OD) across the country, while 33 million use unimproved toilets. Out of this number, the North Central region has over 16 million people.

“The country needs to increase its toilet delivery rate if it must attain the Universal Basic Sanitation target by 2025.

“Only 11 of the 774 local government areas in Nigeria are free from the practice of open defecation,” he stated.

Cost of Open Defecation in Nigeria

According to UNICEF report, poor access to improved water and sanitation in Nigeria remains a major contributing factor to high morbidity and mortality rates among children under five years.

Similarly, the report states that Nigeria loses about 1.3 per cent; N455 billion, of GDP annually due to poor sanitation as a result of illness, low productivity and loss of learning.

Also, more than 100,000 children under 5 years of age die each year due to Diarrhea; of which 90 percent is directly attributed to unsafe water and sanitation. Nigeria is the second country with the highest children’s deaths due to diarrhea.

UNICEF says Nigeria needs not less than $8 billion; approximately N2.88 trillion, annual investment in sanitation and water, to attain the Sustainable Development Goal (SDG) by 2030, according to World Bank figures.

Chief of UNICEF’s Water, Sanitation and Hygiene, (WASH) Nigeria, Zaid Jurji, earlier disclosed that if Nigeria should triple its investment to a minimum of 1.7 per cent from the current 0.6 per cent GDP, it would meet the SDG by 2030.

“The country will only beat the target by making an investment of $8 billion annually until 2030. Sanitation and water has a big impact on health, economy, and children and to everything that influences lives,” he alerted.

Dambatta LGAEUJedawa LGAKanoMohammadu BuhariOpen DefecationTippy-Taptoilet
Share
Subscribe to our newsletter
Sign up here to get the latest news, updates and special offers delivered directly to your inbox.
You can unsubscribe at any time