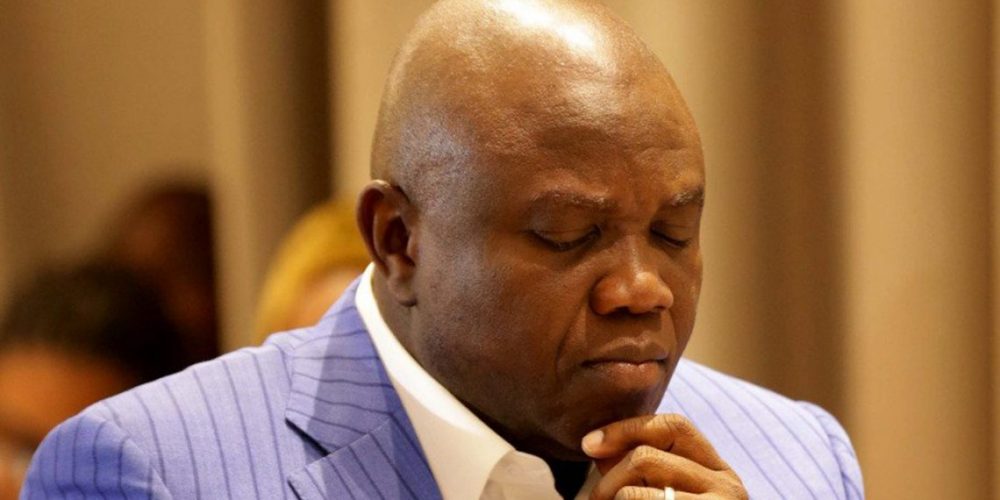 Akinwunmi Ambode, outgoing Lagos governor said he has improved over the years as a politician touting himself as wiser mature politician off late.


According to him he initially used to describe himself as techno-politician, but having spent four years on the saddle, he is now wiser.

” The fact remains that I came in as a technocrat so I use to call myself a techno-politician but I think I am wiser now. I am more of a politician than a technocrat, he said during a thank you visit to President Muhammadu Buhari, for commissioning some of the state’s projects during his last official visit to Lagos.

Ambode is the first Lagos governor that will not be returning for a second term after he lost the governorship ticket of the party in the state.

The National Leader of All Progressive Congress (APC), Bola Tinubu’s anointed Babajide Sanwoolu is the incoming governor of the State.

On why he was in the villa, Ambode said, “you will recall that on the 25th of April, Mr. President paid an official visit to Lagos State and he commissioned some of our projects. It is just significant for me to come officially on behalf of all Lagosians and show appreciation, thank him physically and wish him well during this Ramadan period and thank him for finding time and deeming it fit to commission those projects. Those projects are projects that will actually touch the lives of Nigerians and we are happy Mr. President was able to share his time with us and we are grateful.”

On what he wants to be remembered for as he leaves office in a couple of days, the governor  said, “Well, in another 16 days or so we will be leaving office but what is important is that I was able to have that opportunity to be elected as governor of Lagos State and to touch humanity in a way that I deem it fit. We did our best and most importantly the projects we did were people friendly and people central. I just think a lot more people have enjoyed the benefits and dividends of democracy than we actually met it. And that gives me joy that we were able to touch lives. Wherever you find yourself just make positive difference to people and Nigerians, that is the whole essence of service. I’m grateful that I had that opportunity.”

Ambode
Share
Subscribe to our newsletter
Sign up here to get the latest news, updates and special offers delivered directly to your inbox.
You can unsubscribe at any time

Finally, Ngige inaugurates NSITF board at the Villa

Buhari inauguration to be low-key affair