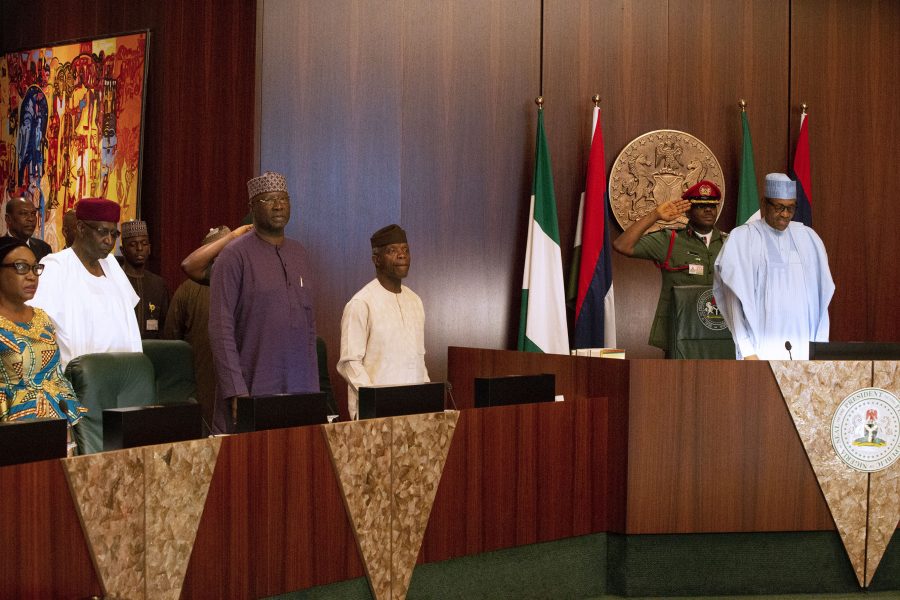 PRESIDENT BUHARI PRESIDES OVER FEC MEETING 3. President Muhammadu Buhari, Vice President Yemi Osinbajo SAN, SGF Mr. Boss Mustapha and Chief of Staff Mallam Abba Kyari and Head of Civil Service of the Federation, Mrs Winifred Oyo-Ita during the FEC Meeting at the Council Chamber, State House Abuja. PHOTO; SUNDAY AGHAEZE. MAY 8 2019
President Muhammadu Buhari on Wednesday suspended the Federal Executive Council (FEC) meeting to enable Muslim members of the cabinet to break their Ramadan fast.
The meeting which started few minutes after 11a.m. had one previous break at 3.30pm during which only three memoranda had been deliberated upon out of 24 slated for consideration.
The meeting resumed at 4pm but it deliberations lasted until 6.45p.m just in time for Muslims to break their fast.
According to the Special Adviser to the President on Media and Publicity, Femi Adesina, the meeting was expected to resume deliberations after the religious obligations at about 7.15p.m.
The meeting is expected to last into the night and might likely continue on Thursday morning.
SHARE THIS ARTICLE 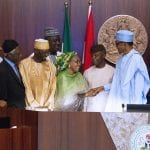 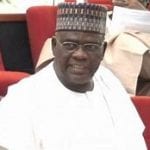