9th Senate Presidency Race: Why Danjuma Goje is the man to beat 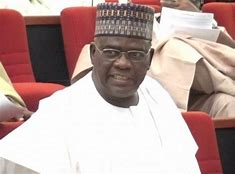 At no time since 1999 has the race for the senate presidency been so competitive in a robustly healthy manner. Unlike in 2015 when some ambitious senators-elect ignored the ruling party’s zoning arrangement for the National Assembly, this time senators-elect are sticking with the party.

Barely a month before the inauguration of the 9th Senate, the race for the senate presidency is too close to call. Although the ruling All Progressive Congress, APC, had zoned the seat to the North East and anointed Ahmed Lawan from Yobe State, returning and new senators are yet to officially endorse hm.

If the APC expect a coronation for Lawan when the next senate is inaugurated, it may be in for another shocker as it was in 2015. This is because whether the APC admits it or not, the emergence of Bukola Saraki as senate president in 2015 showed that legislators want to choose their own leaders and may not tolerate a third party doing that for them.

This is why in my opinion, despite the choice of Lawan by the party, forces in the National Assembly and outside of it have thrown up other candidates for the throne. Alli Ndume, the senator representing Borno Central was the first to challenge the choice of Lawan as soon as it became public knowledge after senators-elect met with President Muhammadu Buhari at the Villa shortly after the general elections.

Ndume, as expected, boasted he was the most qualified person for the position and that he enjoined the support of his colleagues. But a few days after he declared interest, some senators and groups started calling on Danjuma Goje, a senator from Gombe, to declare interest in the senate presidency. These senators worked underground to sell the candidacy of Goje to all the senators-elect.

Goje was a two- term governor of Gombe State who transformed the infrastructure of the state. He put Gombe State in the national limelight with his aggressive performance as governor. His cool-headed, progressive leadership style endeared him to the electorate who fondly called him “Limamu Change” (leader of change).

Among leaders of the APC in the north, no one did more for the party than Goje. Despite the fact that the Peoples Democratic Party, PDP,was in power in his state, he staked everything to ensure the people voted APC in the presidential election of 2015 and 2019. It is a mark of high he is in the estimation of his people that he has won re=election to the senate twice.

The fact that he is the chairman of the Senate Committee on Appropriation is a strong indication that his colleagues in the senate hold him in high esteem. Unlike Ndume who has remained a controversial member of the senate, Goje has remained focused on his legislative duties and keeps a clean record. It is incredibly admirable that Goje has also managed to avoid getting involved in any legislative scandal despite heading a critical committee.

This is why it is not surprising that he is the only senator from the north east that has been endorsed by different groups and individuals who are not in the national assembly. The support he has enjoyed from people and groups outside the national assembly clearly show that the people strongly believe he is the only one among the three contenders who could properly represent their interest in national affairs.

If the APC is smart, it should give Goje all the necessary support to ensure he becomes the senate president in June. The party should be thinking of 2023 and the leaders who could ensure victory for the party in all zones of the country. Clearly, none of the three contenders have the political clout of Goje in the north east zone. Given him the senate presidency would help APC consolidate when Buhari is no longer in the equation. This is what smart parties do to keep their party in power.

Several groups including the North East Consultative Forum (NESF) and five other groups in the geo-political zone, had endorsed Goje and asked him to declare his intention to contest for the office of the Senate president.

The group followed up with a letter to the National Chairman of the All Progressives Congress (APC), Comrade Adams Oshiomhole on their endorsement of Goje. In the letter, dated 17th April, titled: “North East stakeholders endorse Goje,” the conveners, Barrister Mustapha Saidu and Alhaji Bello Ambo, commended APC for zoning the Senate Presidency to the North East.

They said the zoning of the position to the geopolitical zone was a confirmation of the party’s commitment to reward hard work, following the zone’s contribution to the party’s victory in the just concluded general elections.

“Following very wide consultations among stakeholders, party members and North East Consultative Forum and after careful assessment of his contribution to the party and Muhammadu Buhari’s led administration, we hereby present to you, Senator Muhammad Danjuma Goje as the choice of the people of the North East for the Senate President of the 9th Assembly.”

Since that letter became public knowledge, no group or individuals in the north east has contradicted the claims contained in it.

Feelers from lobby groups in the national assembly show that Goje is the man to beat in the race for the senate leadership. More and more legislators are said to be jumping on the Goje train. His admirers are impressed that he has an unblemished administrative and legislative record after so many years in governance. Not many are able to pull this off.

Danjuma Goje
Share
Subscribe to our newsletter
Sign up here to get the latest news, updates and special offers delivered directly to your inbox.
You can unsubscribe at any time

Koko’s London mortgage property: Much fuss, ado about nothing but mere muckraking

Farooq Kperogi: Lies may bloom but bear no fruit