The Buhari administration is working to free Leah Sharibu – Lai 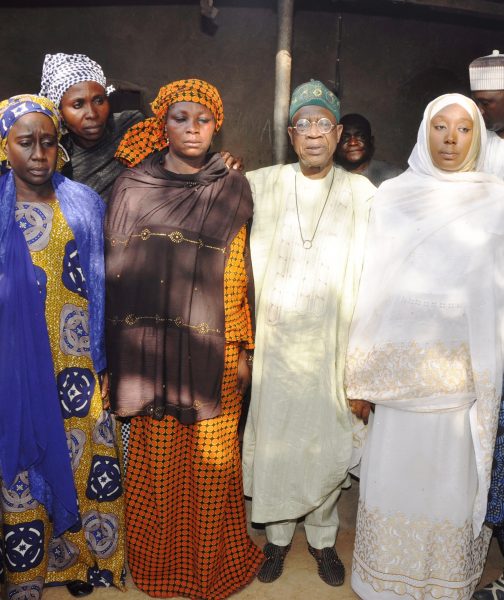 Share
The Buhari administration has ramped up its involvement in trying to free kidnapped Dapchi schoolgirl Leah Sharibu, including two abducted aid workers. The effort is now not only a focus of the administration’s approach to the issue, but also part of increase attention to the plight of Nigerians held by extremists.

The Minister of Information and Culture, Alhaji Lai Mohammed, on Friday assured the families Leah Sharibu and the two abducted aid workers that the Federal Government will leave no stone unturned to secure their release.

Recently a 35 second recording reported to be Sharibu was released to the media. In it Leah asked for help to gain her release.

The Minister gave the assurance on Friday when he led a three-member Federal Government delegation to Maiduguri in Borno State and Dapchi in Yobe State. In Dapchi, the delegation, which also includes Hajiya Aisha Abubakar, the Minister of State for Industry, Trade and Investment, who also oversees Women Affairs, and the Minister of State for Foreign Affairs, Hajiya Khadija Abba Bukar Ibrahim, met with Mrs Rebecca Sharibu, Mother of Leah, as well as other members of their family at an emotion-laden ceremony.

Alhaji Mohammed said President Muhammadu Buhari sent the delegation as a follow-up to his phone call to Leah’s mother a few days ago, adding that the government will not rest until Leah has been reunited with her family.

Visibly excited students of the Government Girls Science and Technical College, Dapchi, from where Leah and about 109 of her colleagues were abducted on 19 Feb. 2018, trooped out to welcome the delegation when the chopper that ferried them to Dapchi landed in the school premises.

At the meeting, which was held in the Borno State Government House, Alhaji Mohammed reassured them of the Government’s efforts to secure the release of the two that remained in captivity, Alice Loksha and Amina Liman.

A growing backlash against the government and Boko Haram to release the girl has spawned threats of court action and a hashtag that’s gone viral — #DapchiGirls.

The Buhari administration is working to free Leah Sharibu - Lai
Share
Subscribe to our newsletter
Sign up here to get the latest news, updates and special offers delivered directly to your inbox.
You can unsubscribe at any time