2019: Osibogun and the future of Ijebu Central constituency 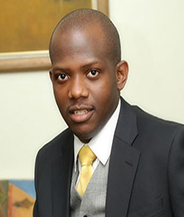 The decision by Mr. Adekunle Ayodeji Osibogun to declare his interest in representing the people of Ijebu Central Federal Constituency on the platform of the Social Democratic Party, SDP, in the House of Representatives in 2019 resonates perfectly within the ambience of his immediate constituency where he has already begun and committed himself to a life of selfless service to the people.

His passion to assist his people to develop well for the benefit of themselves, the Ijebu society and the Nigerian nation state is the fulcrum of his philosophical principle that is anchored on the foundation of education; which is why the greater part of his act of philanthropy is geared towards the provision of scholarships, especially to indigent students to enable them experience the essential transformation for human and societal development.

Realising that the vast majority of the youth population has become disoriented and disillusioned by the state of the nation that is virtually dehumanizing, Osibogun has restlessly responded in accordance to the ramifications of the rising local and national complexities of bad leadership that has resulted in poverty and hunger by establishing the Young Progressive Nigerians Initiative (YPNI), which he chairs, for the provision of citizenship and mentorship programmes for youths.

Within the objective mandates of the initiative is the commitment to the provision of free vocational skills acquisition training, entrepreneurship and career development for capacitation and empowerment; and, the provision, pro bono, of financial and legal advisory services to young entrepreneurs in Lagos and Ogun States under his Foundation, christened: Adekunle Osibogun Foundation. All of these are within the context of the cosmopolitan truth that knowledge is power.

The fact that he chose to remit part of the goodies of the Foundation to Lagos attests to his patriotic disposition as a detribalised Nigerian who is, doubtless, passionate about his country. It is that love of country that has, in fact, propelled his numerous philanthropic initiatives to encourage and empower young Nigerians who end up in different parts of the country with their individual potentialities for multiplying development initiatives in their various fields of endeavours.

Jostling for the Ijebu Central Federal Constituency seat in the House of Representatives is tantamount to taking the bull by the horns against the backdrop of the obvious political realities that have tended to give electoral edge to the ruling All Progressives Congress, APC, and the major opposition Peoples Democratic Party, PDP. But the good news is that Osibogun, a custodian of progressive ideas and ideals, has chosen a progressive political platform that the SDP typifies to realise and perfect his contract with his people.

Osibogun understands the potency of social contract as a solid basis of socio-political interactions between the elected public officers and the people. He is conscious of the imperativeness of showing fidelity to it as the contract provides the scale for assessing his performance or stewardship in office. This is the intersection where many elected public office holders have failed and will continue to fail the critical test of accountability. But Osibogun offers a fresh of breath air in the circumstance, given his sense of integrity.

Besides his integrity capital, Osibogun boasts of his capacity to demonstrate mutual respect for the individualities and capabilities of the other persons. Taking his place, in the assembly of the other 359 federal legislators, promises to be a great impetus to play an active role in addressing the challenges currently facing the nation and making meaningful contributions to building a better restructured Nigeria.

And, to be sure, Osibogun’s contributions both in plenary and at committee level will understandably be elevated and robust, indicative of his solid educational background and professional calling as a lawyer of the litigation hue. He studied History at the University of Ibadan before proceeding to the University of Buckingham in the United Kingdom to study Law.  He obtained his Master of Laws degree from the University of Manchester and the Bar Council of England and Wales where he clinched a degree of the Utter Bar. He also attended the Nigeria Law School where he bagged his Barrister at Law (BL).

It is instructive that Osibogun performed creditably and garnered a number of academic laurels. He was awarded the subject prize for the best student in Jurisprudence in 2005 by the University of Buckingham; he won the best debate team as lead speaker in the Nigerian Law School Bar part 1 debate competition in 2007; he won the Civil Moot Trial as Counsel in the Nigerian Law School (2006/2007) Practice Week Moot Trial competition in 2007; and he won the merit prize for a good all round performance academically and for making an important contribution to the life of the University of Buckingham.

His achievements in these various offices are matters of facts for those who were close to the developments. It is on record that he successfully reorganized the Students’ Union body during his term as president at the University of Buckingham in 2007. Armed with these impressive credentials and with the people and God on his side, Osibogun’s date with destiny in 2019 when he will seal his social contract with Ijebu Central people is assured. And with him, as the custodian of the sacred mandate of the people, the future of Ijebu Central constituency will be in safe hands henceforth.

Soneye, is the Publisher of Per Second News

Adekunle Ayodeji OsibogunIjebuOgun state
Share
Subscribe to our newsletter
Sign up here to get the latest news, updates and special offers delivered directly to your inbox.
You can unsubscribe at any time