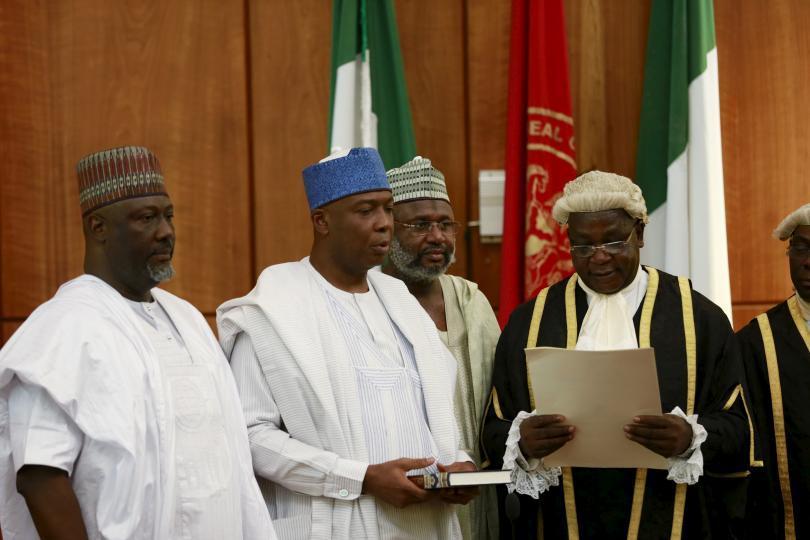 The APC and PDP members in the National Assembly have finally found something they can agree on, and it’s about the 2018 budget.

The National Assembly on Friday night transmitted the harmonised 2018 Budget to President Muhammadu Buhari for assent.

“I have received the budget on behalf of the Presidency. I am transmitting it now, said Senior Special Assistant to the President on National Assembly Matters (Senate), Senator Ita Enang minutes ago.

The Senate President, Bukola Saraki had given assurance Thursday night during the breaking of fast with President Buhari at the Presidential Villa Abuja, that budget will be transmitted Friday.

Both chambers of the Assembly had on May 16, 2018 approved the budget estimates submitted by Buhari on November 7, 2017.

The lawmakers also raised the total figure from N8.6 trillion to N9.1 trillion, six months after it was presented.