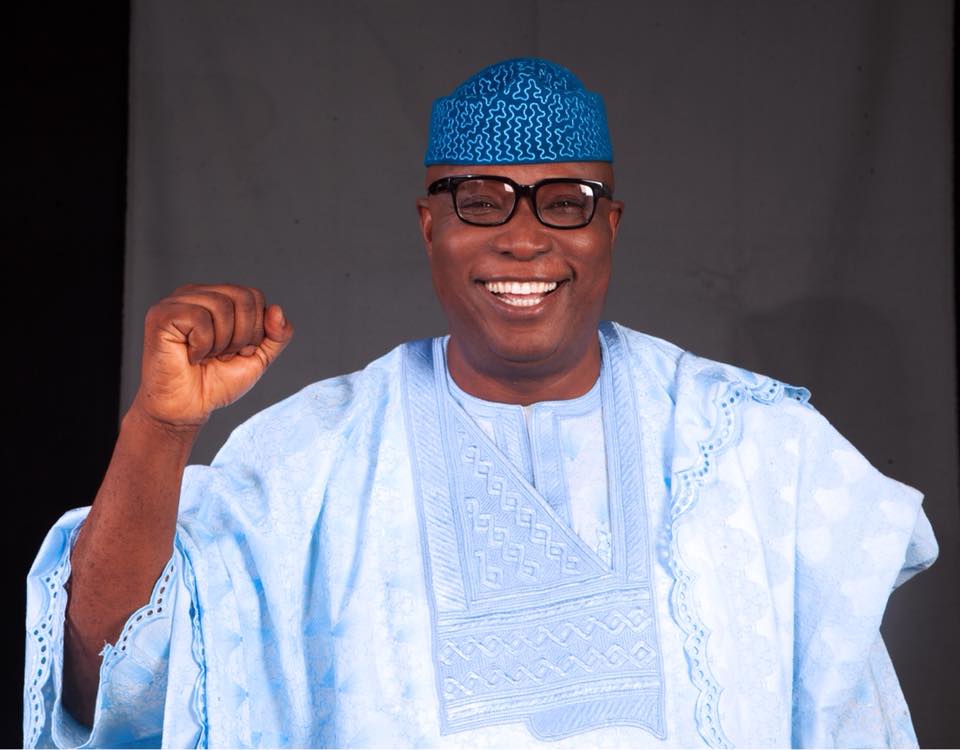 Senator Babafemi Ojudu Thursday dropped out of the race for the APC nomination for Ekiti state governor citing unfair contest.

Read below speech delivered by Senator Babafemi Ojudu to announce his withdrawal from the Ekiti 2018 Guber Race.

For the past two years we have transversed Ekiti state, knocking on doors, engaging our people and canvassing for support for our programmes. During that period, we learned a lot more about this state: the goodness of our people, the pureness of their intentions, and the tenacity of their courage. We have worked very hard, but like you all know, hard work is never the sole prerequisite for success in politics.

Through the embarrassing events of last weekend’s botched Ekiti governorship primary election, its aftermath in the state, and the efforts of our revered leaders from the Southwest this week to save our dear party from ruination in Ekiti State, I have learned many lessons. Key among the lessons is that you never can tell the man who will attempt to destroy what many others have built from one who will aspire to elevate that which is thrust into his hands.

From what has happened since May 5 to date, it goes without saying that this is an unfair contest where the National Working Committee Chairman has clearly demonstrated that he does not care what happens to our dear party now and in the nearest future. We saw a Chairman who has conspired with one of the aspirants in the race to unleash mayhem on others, wreck havoc and violence on ordinary citizens and exposed the state to great embarrassment on national television. We saw an aspirant so unpopular to the extent that delegates called him unprintable names at the voting arena now being imposed on our people, not minding if this means we lose this state forever.

We do not believe in engaging in an unfair contest and I am not ready to step on blood to get to power. As I have reiterated at different times in the course of the campaign, this was never about me. It was not about an ambition but a mission to give a new lease of life to Ekiti State and the people. It was about safeguarding the future of our children, our grandchildren, great grandchildren and even generations yet unborn. There is no doubt that we all love this land, that everyone of you had best hopes and aspiration for this beautiful state we call ours and that above all, this state should wear a new look, be adorned with a new reputation and have a new image of itself.

One other important lesson I learnt in the last one week is that one can only truly appreciate the true intent of one’s co-travelers on a journey when the chips are down. At this point, I would like to appreciate the co-aspirants who were open to discussions aimed at resolving the imbroglio. I must not fail to mention in particular my dear brother, Congressman Bimbo Daramola who worked assiduously with me in the attempt to find a solution albeit unsuccessfully, to what appeared as a stalemate – pushing for the Option A4 method of primary election, which the Chief John Odigie Oyegun opposed vehemently; pruning the numbers of aspirants by getting a consensus candidate from among the aspirants from the Ekiti South Senatorial district, to bring to fruition the agitation of our brothers and sisters from the zone to have an opportunity to provide political leadership just like the other zones always had, with none of them ready to shift ground. I appreciate his courage and optimism. Despite the seeming lack of results, we forged on.

Similarly, my sister, Dr (Mrs) Mojisola Yaya-Kolade deserves an ovation for her sagacity and boldness. And many others who demonstrated their love for our state and the people through their actions. We also appreciate our southwest leaders for their intervention in the crisis. We thank them for their sage counsel. I want to especially thank Chief Bisi Akande, Aremo Segun Osoba and Asiwaju Bola Ahmed Tinubu for trying to help untangle the web that the Ekiti governorship primary election has become.

All my life, I have fought injustice and sought the good of the whole. Therefore, this injustice perpetrated against Ekiti people by the NWC Chairman cannot be allowed to stand. This is why the fight will continue, not as an aspirant but as a party reformer. As a leader and party chieftain, I will inspire a new generation of leaders – of young professionals, businessmen and technocrats to re-enter our politics and change this state. Only then can we have men and women of honour who will take Ekiti out of the wilderness and restore her to her pride of place. At the national level, I will continue to support Mr. President in ensuring party reforms. I will work hard to ensure that never again is our party thrown to desperate men who feed on monetary inducements and undermine their own party.

This movement continues but I would be stepping down immediately as a governorship aspirant to focus on this new mission.
I thank the members of the Ekiti Rebirth Organisation (ERO) movement particularly many of our members who left their abode abroad to see us deliver victory and were faced by the unbelievable violation of democracy as we witnessed. My appreciation to the Director-General of ERO, Chief Ranti Adebisi (Opomulero) and his lieutenants. You stood by me firmly over the years and I will never forget that. You all occupy a special place in the future of this state and must never give up. Ours is a battle for the soul of Ekiti that is just and we are going to win! Lets get going. Ekiti will never forget. To this end, I urge you all to hold steadfast. To not give up on the future of Ekiti. Sincere appreciation to my wife, Omotola, for being a pillar of support and to my children, other family members and my friends, for believing in me. Yours has been a labour of love. The future is bright, our sights are certain and our gaze is steadfast on the future. We won’t relent because the struggle continues.

Let us move forward! Let us keep steadfast!! Ekiti will be great again!!!