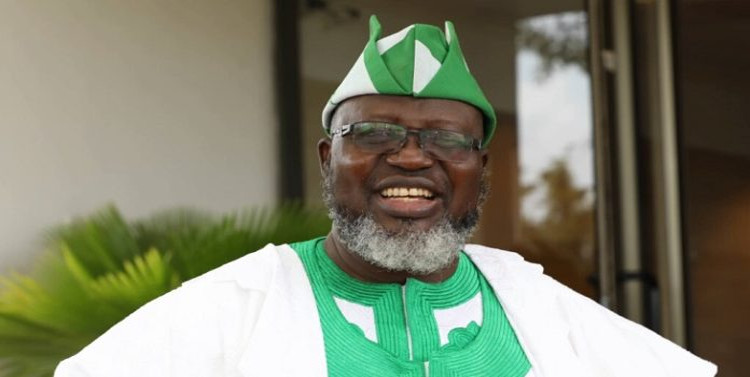 The recently escalating war of words between the minister of communications Adebayo Shittu and his former media aide Mr Victor Oluwadamilare has fueled increasing fears of a war between them.

The minister in an interview with the Tribune newspapers said he is totally prepared for the devastating attack that might come along with the battle.

“I am ready for the battle and he will certainly get destroyed in the process because he has bitten the fingers that fed him, the minister said.

Mr. Oluwadamilare in a letter to the minister claimed that having worked with the minister for the past 28 months, he had witnessed monumental abuse of office by the minister with government’s fund.

” In a space of 29 months in office and from ground zero in 2015, you now have no fewer than 12 luxury houses in Abuja, Lagos and Ibadan and a few months ago, you bought a brand new N93 million Printing Press, said Victor Oluwadamilare.

“You have bought over 25 luxury vehicles for yourself, family members, concubines and cronies, outside the eight official vehicles attached to your office, he said in the letter.

Shittu, said he owns three houses, two in Ibadan and one in Lagos, “If he is accusing me of having houses in Lagos, Abuja and Ibadan, he should have the courage to state the locations. I will not assist him in his job. He has the herculean task of proving that in the court. I can give you the list of the houses that I have. I don’t have any house in Lagos. I have one house in Abuja, which I bought on mortgage from Jaiz Bank. I have two houses in Ibadan. So, those extra houses in Lagos, Abuja and Ibadan, he will have to justify them in court.”

Allegation of collecting $800,000 in estacode

‘As a minister, I have a boss. I cannot have a vote without the president approving it. If the president approves my vote and by law, I am entitled to estacode, is it illegal or unlawful for me to take that estacode when I am going to represent Nigeria at conferences overseas? That is the question that you should ask him.

“Let me also say that as the Minister of Communications, ICT is the new way to go for the development of countries globally. It is an international subject matter and it has interconnectivity with all other countries. For instance, NIPOST cannot operate within Nigeria alone because letters will necessarily go overseas and NIPOST has to ensure that there are collaborations and partnerships with all other countries. If you take telecommunications as another, it cannot be a Nigeria-alone affair because you phone overseas and there are rules and regulations at the universal level, the commonwealth level and at the African level. As the minister presiding over all the activities in ICT, there are conferences that I must attend to represent Nigeria’s interest. So, do I have an apology for taking estacode to do that? If I have the opportunity of estacode, would that not be extra money on the salary that I take? These are logical things.

“He called me Estacode Minister and by my grace, he has also had the privilege of attending conferences and collected estacodes. He didn’t reject these estacodes because they were not unlawful. So, why should I not take estacode if I have to travel and the travel is approved?

“I went out of my way, perhaps out of enthusiasm for the work, to appoint him as my media aide at that time, even though I knew his background. He had worked with Senator Teslim Folarin before and fought with him. He had worked with Governor Abiola Ajimobi before and fought with him. I thought that I could use the appointment I gave him to rehabilitate him. More so, at the time I appointed him, of all those who applied as media aide, he was the only Christian. I didn’t want a situation where all my aides would be Muslims, so I decided to appoint him. And I thought the appointment would rehabilitate him because I knew he was jobless at that time.

“When he came on board, again, I thought there would be a way that some of our agencies would assist in paying his salary. In my letter of appointment to him, no salary was defined because I didn’t have any idea of how we were going to get money. When it became clear that none of our agencies can lawfully pay for any aide not approved by government, it then fell on me to look for resources, independent of government, to be paying his salary.

“I then wrote a letter to him and others sometime in 2016 that each special assistant would be paid a monthly stipend of N100,000. He accepted the letter. He acknowledged the letter. He didn’t react negatively. He didn’t reject the letter. He didn’t resign if he was not satisfied. In satisfaction, he stayed on the job on the basis of that N100,000 per month. As a minister, I am earning N800,000. If I have two, three, four aides and each is asking for N500,000… You know, the most realistic thing is for him to look for a job elsewhere. Victor didn’t look for job elsewhere because he was happy and satisfied with what I decided to be giving him.

ministerNigeriaShittu
Share
Subscribe to our newsletter
Sign up here to get the latest news, updates and special offers delivered directly to your inbox.
You can unsubscribe at any time